Tyler Brown is a 28-year-old biomedical engineering student who lives in Columbia, Missouri. When he isn’t busy taking a full load of classes and conducting research, you’ll find him enjoying walks with his wife, lifting weights, reading philosophy, watching physics videos, and watching The Big Bang Theory. As he puts it, “I’m more or less your quintessential nerd, but without the comic books and Star Trek.” 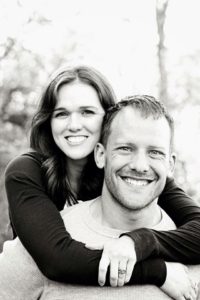 What most people don’t suspect about Tyler is that he is living with a rare, invisible illness called Addison’s disease, which is an autoimmune disease that attacks the adrenal glands, destroying the body’s ability to create two major hormones: cortisol and aldosterone.

Diagnosed in 2013, Tyler writes about his life with Addison’s disease on his blog, Outlifting Addison’s, and also shares his experiences on his Instagram page. Here, he shares his thoughts and advice in a Q&A for Health Stories Project.

Can you describe when you were diagnosed with Addison’s, including any symptoms you were experiencing?

Well, to preface this, many Addisonians are still misdiagnosed for a long time today. Often, this leads to their death as a diagnosis takes too long. A lot of the symptoms are neurological because the brain is no longer receiving as much glucose or sodium as it needs. This often appears to doctors as clinical depression, which due to its frequency amongst the population seems to make more sense to them than a rare disease.

My symptoms built up over several months. I experienced some of the depression myself. Additionally, I was much more frustrated with life than I ever have been. I thought I was simply getting stressed due to my schooling.

Then, more symptoms came. I had morning nausea that progressively got worse and worse. At first, I just had trouble eating breakfast, but I could still eat. Then, after a while, I couldn’t eat at all in the morning without feeling like I needed to throw up. It ended with a complete loss of appetite. Also, my skin darkened until my typical, slightly-tan Caucasian skin looked more akin to Indian or mixed Native American/Caucasian. Finally, I felt weaker and weaker throughout the several months, and I lost twenty pounds.

Although I had no idea what my disease was, I could tell my blood glucose and blood sodium were low. I was continually craving salt. Because of this, I always carried gummy bears or some source of sugar with me, and I would eat a lot of beef jerky and pizza rolls (both of which aren’t normally in my diet). I ate 4,000 calories a day during that semester and still lost the twenty pounds.

Finally, it all culminated one day where I threw up in the morning. I still biked (as I always did) to school, but I could barely stay awake, and I felt like I needed to throw up again. I decided to go home after my first class and barely made it home on my bike. The wind was in my face the whole way home, and I still remember barely making it over some hills on my way. Once home, my wife was concerned, so we went to the student health center. They told me they didn’t know what was wrong, but that they’d need to draw blood. While drawing blood, I threw up. After that, they said it would take them a day or two to get the blood results back, but that I should go to the ER if it gets worse.

That night, I had intermittent fever and chills. Eventually, I couldn’t eat or drink anything, and I threw up blood. My wife took me to the ER. They said they didn’t know what was wrong, but they drew more blood, and my blood sodium was very low. After a few days of tests, they figured out that I had Addison’s… I took my finals the week after getting out of the hospital.

Join Health Stories Project and you’ll be automatically entered into our sweepstakes! Members receive information about our upcoming projects. We’re giving away $500 in prizes. No purchase necessary. Click to read the official rules.

Can you talk about some of ways that Addison’s has impacted your life over the years?

Addison’s used to impact my life significantly. For the first year, I had a lot of fatigue and trouble concentrating. This meant that I usually couldn’t do much more in class than just write down what the professor said. I had to teach myself everything at night based on my notes and my book after class. 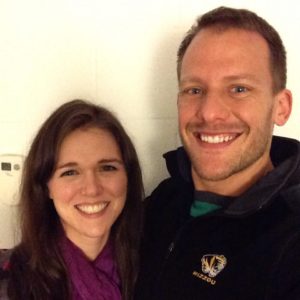 However, as time went on, I figured out that I could control more parameters (largely, water and sodium consumption) than what doctors take into account. Endocrinologists only really mention the drug part of the equation, which is invaluable because without the drugs, we would die. But for me, micromanaging my nutrients has helped a lot as well. When I’m in a routine and tracking how much hydrocortisone, fludrocortisone, sodium, and water I take in, I have no major symptoms. In fact, I feel good enough and seem normal enough that my most recent endocrinologist asked if I was totally sure I had Addison’s, and she ran antibody tests to confirm it for herself.

Thankfully, I haven’t suffered from any other medical complications related to my disease. There’s a 50 percent chance I’ll develop another autoimmune disease, but I don’t focus on that much. I just know that if I start having new symptoms, a new autoimmune disease may be the culprit.

What is your goal for the Outlifting Addison’s blog?

I want the blog to be a place newly diagnosed Addisonians can find and realize that it is possible to get back to your prior quality of life. I would never promise it’s easy, but just knowing the possibility exists is quite intoxicating and motivating. I can’t do everything for other Addisonians, but I’m absolutely willing to wade through the research to try to find what constitutes best practices. I’m always willing to experiment with my ideas on myself and share what I’ve learned from the research and my own experimentation. I haven’t shared a lot of that yet because I want to be fully confident in it before passing it along, so hopefully in a few years there will be primary research to confirm my ideas and experiments.

Outlifting Addison’s is simply my attempt to convey hope that a return to normal life is there for Addisonians. I want Addisonians to believe their best days are ahead and that their own actions today can get them there tomorrow. Since my diagnosis, I’ve come across many Addisonians living full lives. There are many doctors, engineers, financial analysts, nurses, an Olympic gymnast, etc. who have it. Really, Addisonian limitations are solely the same limitations constrained upon all of humanity. It may be a little harder for us, but we can make up for it with our newfound persistence and discipline.

What advice would you share with other people who are living with Addison’s disease?

The key to managing Addison’s well is micromanagement. I wish it wasn’t that way, but it is as far as I can tell. I would encourage Addisonians to consider tracking how much water and salt they consume per day, as that has been a huge help for me and a few Addisonians who wanted to be guinea pigs for the idea.

Also, my advice would be not to limit their ambitions. I mean, if JFK could negotiate the Cuban Missile Crisis while having our disease, surely we can figure out how to live our lives.

Additionally, try to think of having Addison’s as an advantage rather than a disadvantage. For me, Addison’s has taught me immense persistence as I persevered towards an ideal I wasn’t even sure was possible for a year. I kept tweaking things, seeing what happened, and moving forward. It was a slow, arduous process, and honestly, I’m not even finished. But I’ve learned how to keep moving forward towards a single goal, and I’ve applied that to my own education as well. Suffering is a fantastic teacher if we are patient enough to learn its lessons.

In short, you are forced to develop discipline and persistence in order to live well with Addison’s, and I think the development of those characteristics is invaluable to the rest of life. Wonderful things happen when you’re able to think of yourself in terms of gaining a new advantage rather than as a victim.

[tweet_box design=”default”]”If JFK could negotiate the Cuban Missile Crisis while having our disease, surely we can figure out how to live our lives” – Tyler, #Addisons[/tweet_box]

What do you wish more people understood about living with a rare, invisible illness?

At the end of the day, living with a rare, invisible disease is a battle every moment of every day. I’m continually micromanaging, and it only takes a few hours off of my routine for me to feel “off.” It’s almost like carrying around a demanding pet with you that you need to feed, take on a walk, and clean up after. It’s not something we can fix permanently, and it wasn’t our choice. And, believe me, we work very hard to gain back our quality of life. I think all of us I’ve corresponded with who got our lives back can agree there’s much beauty in realizing just how precious life is because you almost lost it, but we can all also agree that there’s a lot of work to be put into living well with a rare, invisible disease.

Have you been affected by a rare disease or another health condition? Sign up to share your experiences with Health Stories Project!

Kristen loves to help people share their experiences through writing, interviewing, and connecting. With a background in health journalism and a master's degree in Health Communication from Northwestern University, she's passionate about empowering people to share their voice and live healthy, happy lives.
View all posts by Kristen Domonell →