A Portrait of Depression: Opening Up about Mental Illness

Editor’s note: If you or a loved one are living with depression the following post could be potentially triggering. You can contact the Crisis Text Line by texting “HOME” to 741741 or call the National Suicide Prevention Hotline at 1-800-273-8255.

Jennifer shares what it was like to work with an award-winning photographer on his project about life with mental illness.

Ever since she can remember, Jennifer has been all too familiar with depression. “I’ve always suffered from it,” she says. “My dad’s side of the family has it, including my dad. My 10-year-old son has it. It’s been a part of my life forever.”

Several months ago, when Jennifer heard about a new photography project about mental illness, she knew she had to get involved. In partnership with Health Stories Project, an award-winning photographer and videographer Walter Smith would be shooting still and video portraits of people across the country suffering from various types of mental illness and how they cope with it.

Unfortunately, it is not rare for someone to suffer from a mental illness. Generally, people suffer more as they are afraid or nervous to ask for help, so breaking the stigma is important so that more people are able to share their feelings and seek some help. In terms of the help they find, there tends to be something for everyone. 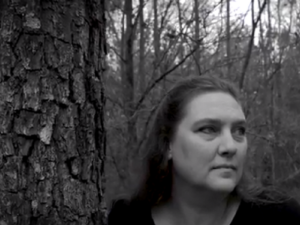 Jennifer was in a “deep, deep, deep funk” when she decided to respond to the call-to-action with her testimonial. She’d joined the Health Stories Project community a year or so earlier when she’d been diagnosed with melanoma. “I beat the cancer yet I found myself wanting to go sit in the sun so it would come back and kill me,” she days. “It sounds crazy but that’s where I was.”

As a child, Jennifer watched her dad grapple with depression. He’d blow up in anger over seemingly nothing. There was talk of suicidal thoughts around the holidays. In college, she started having her own unexplained outbursts of rage. “When I experienced that myself, it started making sense of what I was seeing in my dad,” she says. “I could really relate to him. It’s made us really close.”

It is not uncommon for depression to be hereditary, or learned from parent to child. As the stigma of depression lessens, our understanding of it increases.

Unfortunately for Jennifer, she didn’t receive a formal diagnosis until her depression began to affect her marriage. “I got help because I was having anger issues,” says Jennifer. “There was also a suicide attempt in college.”

She got her anger under control after having children, but still struggled with suicidal thoughts. Over the years, she’s seen several therapists and tried many different anti-depressants. She and her doctor recently doubled the dosage of her current meds, which has been helping. “It’s made a huge difference,” she says.

Before that, though, the last couple of years were especially hard on Jennifer. “It’s basically like survival,” she explains. “My biggest struggle is daily activities. It’s a strain on my marriage to have a messy house. I’m homeschooling my kids right now because of the mental health issues they’re experiencing. I have a doctorate and I can’t get out of bed to teach my children.”

She was also deeply worried about her youngest son, who had started showing symptoms of hereditary depression when he was just 7. She is open with him about her own struggles, but can’t imagine what it must be like for him. “He’s too young for antidepressants,” she says. “That he has depression gives me a sense of guilt.

By the time Jennifer heard back from Smith, who’d chosen her to be one of his first portraits, she’d emerged from her darkest place. “You don’t know how bad it is until you’re out of it,” she says. “But I was still in a rut.”

She invited Smith to her home in Raleigh, North Carolina. “I felt like getting it off my chest,” she says. “I thought maybe it could help somebody who read it.”

True to her Southern roots, Jennifer says nobody is a stranger to her. “I’ll talk to anyone,” she says. “But as soon as Walter walked in the door, I could tell he was a nice, warm guy. It was like chatting with an old friend.”

Jennifer spent the afternoon with Smith, sitting on her porch overlooking the woods, discussing her struggles with depression in stark detail. He shared his own struggles as he filmed her. “He was so open and honest with me,” she says.

Jennifer didn’t want to sugarcoat her experience. “Some people might have an idea of what depression is, but don’t realize you don’t just have depressive episodes,” she says. “It’s almost like being an alcoholic. Just because you haven’t had a drink in two years, you’re still an alcoholic.” 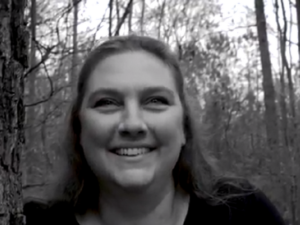 She admits she has to work hard to keep her symptoms at bay, relying on coping mechanisms and a strong support network. She exercises and has long conversations with her dad. She’s also made some good friends in Raleigh, especially after she discussed her struggles on social media. “We exchange stories,” she says. “The more open I’ve been, the more I realize I attract people who are more like me. We all say, ‘OK, I’m not feeling good y’all,’ and then everyone will call and text to check-in.”

She wants other people to know that they can talk about it too – especially her son. “I want to show him that I don’t mind talking openly about depression. I want to encourage people to share their stories. You’re not alone.”

Right after her photography session, Jennifer sent Smith an email to let him know how therapeutic it had been. “I felt so much better after he left,” she says. “Even if he erased everything on film, it was so meaningful and productive. If anybody inquires or feels hesitant about sharing their story, I couldn’t have asked for someone more reassuring.”

Health Stories Project exists to connect people with opportunities like this one. Members of our community can participate in video shoots, research, patient summits, blog posts and more. If you’re interested in hearing about opportunities that match your interests sign up here.

9 responses to “A Portrait of Depression: Opening Up about Mental Illness”