Editor’s note: If you or a loved are living depression the following post could be potentially triggering. You can contact the Crisis Text Line by texting “HOME” to 741741 or call the National Suicide Prevention Hotline at 1-800-273-8255.

Walter Smith has always been drawn to people. The award-winning documentary photographer, whose professional career spans three decades, is especially known for his revealing portraits, which probe the inner lives of his subjects. Now, in partnership with Health Stories Project, he’s turning his lens to people who live with mental illness.

“I’ve wanted to do a project like this for years,” says Smith, who spent time early in his career shooting photos of patients at New Jersey’s Malboro Psychiatric Hospital. “I want to take the stigma [of mental illness] away.”

Even as he was sidetracked by other work and early fatherhood, he couldn’t shake his desire to create a series that documents people living with mental illness without judgment. “I wasn’t able to get it going like I wanted,” he says. “But now is finally the right time.” 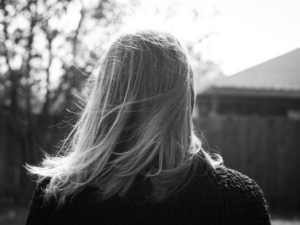 A call for volunteers

To tell their stories, Smith relies on both intuition and insight from the volunteers.

“I’m trying not to be rigid,” says the documentarian. “I want to cover a lot of things and do it in a way that has my voice and lets these people speak honestly.”

Putting a plan into motion

As a complement to traditional still photographs, Smith will also create video which offers viewers an even deeper look at the lives of people who live with various types of mental illness, from depression to schizophrenia. “The videos will be about a minute long, which is the perfect amount of time to get the point across while keeping viewers engaged.”

Mental illness can be a tough subject to discuss. To make people as comfortable as possible, Smith keeps it simple. “It’s definitely a one-man production and I want to keep it that way,” he says. “I want [the volunteers] to be as natural as possible.”

Portrait photographers need much more than technical skills to truly connect with people. “I think I inherited a gift of gab that allows me to talk to anybody about anything,” says Smith. “My extended family has mental illness and addiction problems so there’s really nothing I can’t speak about.” 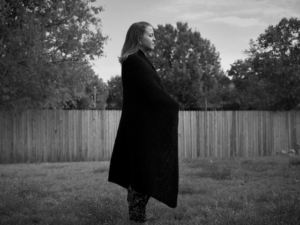 When he first reaches out to volunteers on the phone or through Skype, Smith emphasizes the importance of openness on both sides of the camera. “I try to be honest. And I tell them to be themselves, to be honest, and to trust me.”

Smith often meets with volunteers at their homes and sometimes finds himself surprised at how willingly they welcome him into their lives. “I show up with equipment and ask for so much,” he says. “In exchange, I want to portray people in an honest light without focusing on the negative.”

Smith believes many portrayals of people with mental illness play up the “crazy” angle. “I don’t want there to be a shock factor,” he explains. “These are real people.”

Though Smith doesn’t have a formal background in psychology, his wife is a longtime therapist, which gives him a unique perspective as a photographer. “It’s given me a working knowledge of things.”

Smith marvels at how frank some of volunteers have been about their condition and how it has impacted them and the people in their lives.

“Their honesty has brought out an honesty in me that helps our conversation go deeper,” he says. “I get something out of it too.”

Smith’s ultimate goal is to humanize those living with mental illness. “I want people to connect with [the images]. That’s a sibling, a parent, a family friend. If someone hears and sees that it’s an average person with an issue, maybe they’ll connect the dots a bit.”

He eventually hopes to expand the project considerably, creating a website that will give a broad and unflinching view of Americans with mental illness. “I’ve been a documentary photographer since I was a kid,” he says. “There’s nothing quite like meeting someone when you have a camera in your hand.”

Health Stories Project exists to connect people with opportunities like this one. Members of our community can participate in video shoots, research, patient summits, blog posts and more. If you’re interested in hearing about opportunities that match your interests sign up here.

9 responses to “Portraits of People Living With Mental Illness”