Rachel from Dallas, Texas lives with Narcolepsy and is determined to flip the script when it comes to invisible illness.

She is especially concerned with fighting stigma surrounding life with narcolepsy and echoes what many with this condition say, “[there are movies where someone just falls asleep while bowling and goes all the way down the bowling alley”…”I really want people to understand what narcolepsy is and isn’t. I wish people would not think of it as a joke or something funny.”

Rachel not only responded to one of our story requests, she also recorded the following video. She says, “We are superheroes. Let’s put stigma to bed.”

What led you to seek medical help?

When the Twin Towers came down, my life crashed all around too. Two days after 9/11, I awoke in the middle of the night to an excruciating “BOOM” unlike any loud noise I’d ever heard before. I thought I heard and saw the shadows of my family and invading troops, but I was unable to move. It was a very vivid dream. I felt searing heat, the panic of being unable to follow loved ones into a bomb shelter, I saw and felt tall flames and smelled thick smoke in the air of my bedroom – I was terrified. [I thought it was] World War 3 and I was about to die.

Ken shook me saying “Wake up, it’s OK.” He informed me there was no invasion in our bedroom. I was utterly perplexed and horrified as well as isolated and alone in my harrowing ordeal. This scenario replayed itself several times a night each night from this point onward.

I began to feel terrified at the very thought of going to sleep. I felt afraid to close my eyes. Also, around that same time, I started to have trouble staying awake in my college classes. I took a small voice recorder to class because I couldn’t keep notes. As these strange incidents got worse, I searched the internet to explain my odd symptoms, and discovered I was suffering from extremely long episodes every night ofna.*

*Editors Note: According to Healthline, hypnogogic hallucinations “can occur in the consciousness state between waking and sleeping…If you think you’re seeing — or smelling, hearing, tasting, or feeling — things when you’re asleep, you may not be dreaming. It’s possible you’re experiencing hypnagogic hallucinations.”

I then read about another symptom, cataplexy, and had a surreal moment of absolute certainty that this was what was causing me to go limp at laughter. My grandmother told my mother that she read about narcolepsy and thought it could be the cause of all my perplexing symptoms.

I was skeptical, because public stereotypes and lack of awareness of real narcolepsy never leave comical naps. However, once I looked up narcolepsy in my encyclopedia, I couldn’t deny, I have narcolepsy with cataplexy. 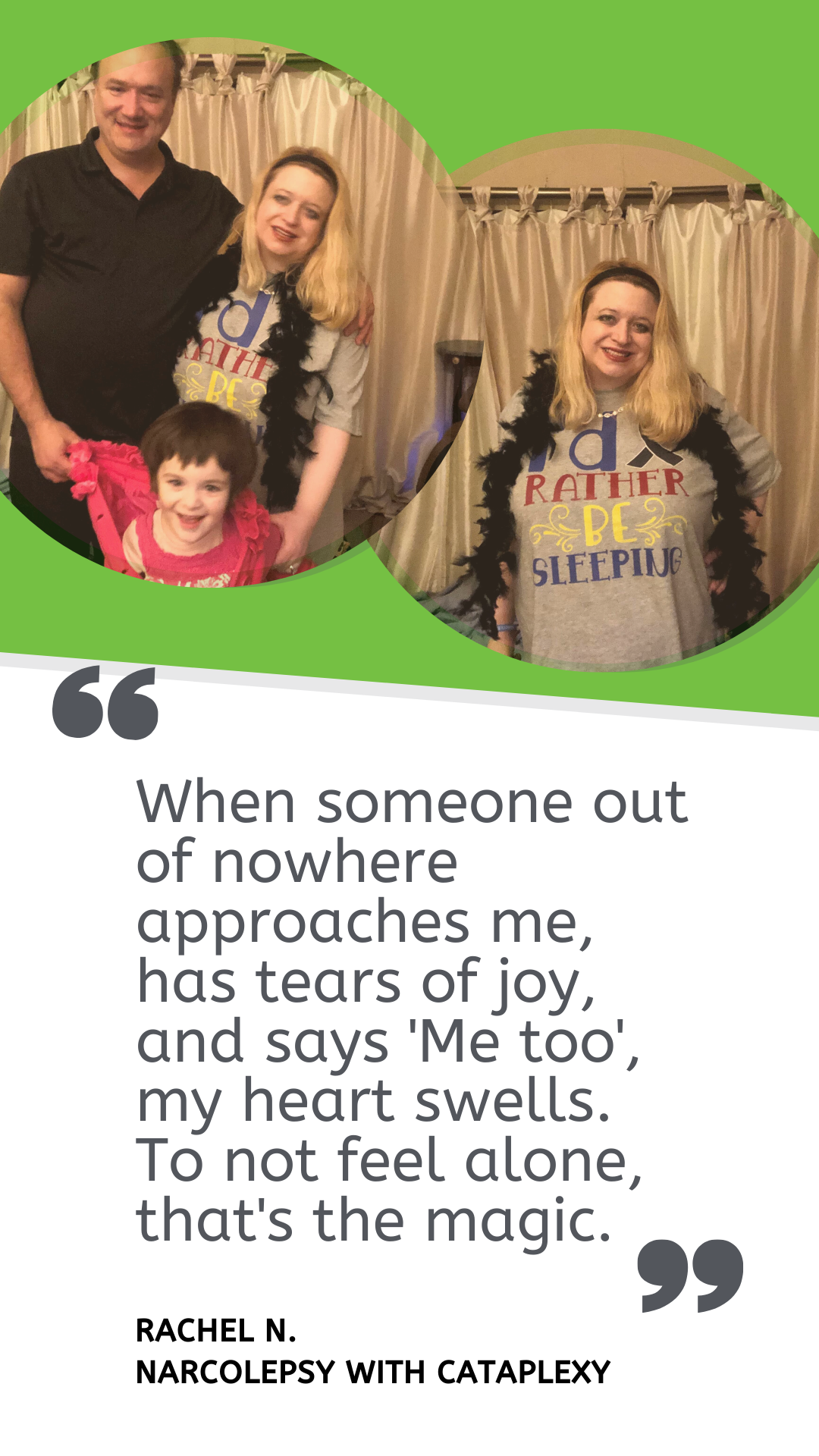 What has been your greatest inspiration?

Working with Project Sleep as a Rising Voices of Narcolepsy advocate, I am now part of a crew of superheroes working to raise awareness of narcolepsy across the country and around the world. We are hunting down stigma and misconceptions and sharing our stories to enlighten people everywhere. By using my unique abilities to help others, I hope others will know they are never isolated.

What do you want to inspire in others?

True strength and power come from the ability to weather the most challenging of storms life can throw at us. [I want to inspire and help people see they have the] grit, humility, determination, and dedication to work towards a better future for those of us living with chronic, invisible illnesses. In fact, disabilities are key to accomplishing a paradigm shift in attitudes towards stigma and social justice. 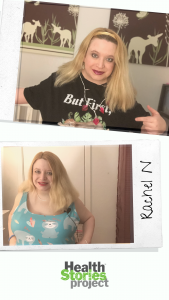 What advice can you share with someone newly diagnosed with Narcolepsy?

I am a believer that the future belongs to those who believe in the beauty of their dreams (Eleanor Roosevelt), and that being a “Sleep Hero” is a full-time job. If we are going to reach for maximum impact we need to wear our ‘capes’ everywhere there are people who are unaware of invisible disability and not shy away from spreading awareness.

Can disability be a superpower? Leave a comment for Rachel letting her know what you think.  Sign up for Health Stories Project to learn more about sharing your story.

About Stories From The Community

Stories From The Community are authored by people within the Health Stories Project community. Check out our new opportunities for ways to participate! *Please note, experiences described by community members do not constitute medical advice. Please consult your doctor before making health-related decisions. Views and opinions expressed here are those of the authors themselves and do not reflect the attitude or opinions of Health Stories Project and/or their staff members.
View all posts by Stories From The Community →