Patience and Perseverance: Living for Decades with Multiple Sclerosis

Multiple Sclerosis is a condition of the central nervous system that interferes with messages between the brain and the body. The National Multiple Sclerosis Society estimates that at least 400,000 in the U.S. have MS. For unknown reasons, people who live in northern latitudes develop MS more often than their southern counterparts. Although the causes of MS are not known, there have been increasing numbers of discoveries about the disease, most recently including medications that, for some people, significantly slow its progression.

MS in the “Old Days” 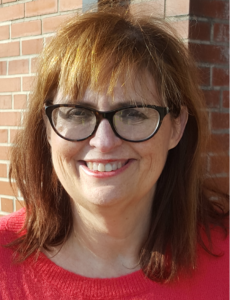 When she was 14 years old, Christina Roland spontaneously started having vision problems. “All of a sudden, I lost my central vision in one eye”, she recounted. Her case was passed from her pediatrician to an ophthalmologist. Although they both mentioned Multiple Sclerosis (MS) as one of the possible causes, the neurologist whom Christina’s family consulted didn’t agree. “He watched my gait, said it was normal, and that I didn’t have MS”, Christina remembered. As rapidly as it started, the vision problem disappeared without treatment about two weeks later.

At that time, there was no clear diagnostic test for MS. Health care providers practiced a “watch and wait” strategy to see if symptoms worsened or resolved. This now-antiquated and inaccurate approach was all that was available or known to determine the presence or absence of the disease.

During the remainder of high school, Christina periodically experienced dizzy spells. The same neurologist dismissed these symptoms as “an inner ear thing”. Christina graduated and left for college still thinking that she was free of a significant chronic disease. “Anytime I was fatigued it was blamed on a virus or something like that”, she said.

In her mid-twenties, Christina gave birth to her first daughter. Six months later, she suddenly developed numbness in one of her legs from the waist down. Her doctor diagnosed it as a pinched nerve due to pregnancy weight gain. The numbness eventually resolved until 2.5 years later when Christina had her second daughter. At almost the exact same six-month point after her delivery, the leg numbness returned. This time, Christina also lost fine motor control in her hands and developed wrist pain. She had extensive medical testing done but no source of the symptoms was pinpointed.

Frustrated by her mysterious and debilitating health problems, Christina decided to dig deep and document her entire health history. She was on a mission to figure out whether there were any patterns or any hints that could point to something with a name or diagnosis. Once it was completed, she showed this health journal to a co-worker who had MS. The co-worker reported having a very similar health experience. That conversation was a turning point for Christina. She quickly contacted an MS specialist in her area.

At the time of that conversation with her workmate, Magnetic Resonance Imaging (MRI) was regularly being used to diagnose MS, a procedure that was not available when she first started having symptoms in her teens. As soon as her first MRI results came back, her doctor confirmed that she had MS. “It was really upsetting, but it was a relief in a way. I had already expected it”, she reflected. Christina immediately joined a clinical trial and started taking medication for her MS.

As another part of her MS treatment, Christina started going to a physical therapist who specializes in helping people with MS. Twice a week, this physical therapist runs an MS-focused group wellness program. The class is aimed at helping people with MS maintain their strength and flexibility. Christina has made many friends and finds meaningful support from this group.

Christina works full time as a marketing and communications manager for a multi-national corporation. She is an avid reader, belongs to a dinner club with friends, and makes sure to stay up to date on current events. But MS does create some limitations for her. “By the end of the day I’m pretty tired and I don’t really feel like going out and doing things. I have to make sure I pace myself.”

Although she remains ambulatory, Christina has experienced many falls as a result of her MS. She currently uses a walker in part because of a fall she took last year which resulted in a broken hip. Though she no longer feels self-conscious about having a limp or using a device to help steady herself, she recalls encountering disdainful looks and comments from people about her unsteady gait before she started using the walker. “With the walker, people don’t think that you’re drunk if you fall”, she recounted, having felt judged and mislabeled.

When she returned home from the hospital after her hip fracture, her friends pitched in and thoroughly cleaned her house for her. They have been understanding and flexible about the impact her MS has on her, as have her co-workers. Yet despite having such great support, Christina finds living alone with a serious chronic disease to sometimes be a physical and emotional challenge. She wants to be able to be independent but recognizes that she cannot necessarily do everything for herself. She sometimes feels reluctant to ask for help because she doesn’t want to be a burden.

When asked what her greatest fear about MS is, Christina replied “I worry about any cognitive issues because I had noticed some. Am I having this problem because of the natural decline in cognitive function due to age or is it this disease?” As a middle-aged woman, it is difficult for Christina to know when forgetting something is a result of getting older or if it is because of her MS. To prevent the serious impact of these symptoms on either her work or other parts of her life, Christina has taken to writing everything down. The writing process helps imprint information in her mind better, and she has notes to refer to in the future should she need them.

With decades of experience living with MS, Christina would advise the following to other people with the condition:

Have you been affected by MS or another health condition? Sign up to share your experiences with Health Stories Project!

10 responses to “Patience and Perseverance: Living for Decades with Multiple Sclerosis”