The Queen of Distraction: Building Community For Women with ADHD

Before she was diagnosed with ADHD, Terry Matlen spent a lot of time trying to figure out what was wrong with her. “I felt like a failure,” she says. “I wondered how come I couldn’t do what every other woman I knew could do without thinking twice.” 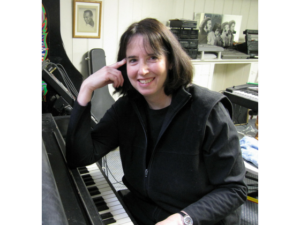 ADHD expert Terry Matlen is also an artist and amateur musician with studios in her home. ‘Many women with ADHD have similar talents,’ she says.

You wouldn’t know it to look at her now. Matlen, who lives just outside Detroit, is a published author with two books under her belt. She’s the founder and director of the web-based ADD Consults, where she taps into her personal experience and background in psychotherapy to help women with ADHD accept their diagnosis and learn how to adapt. She runs a free closed Facebook group, Women With ADD ADHD, as well as a fee-based group, The Queens of Distraction, where she offers daily support to members. And she’s a tireless advocate for ADHD nonprofits.

“The needs for women with ADHD are so significant,” says Matlen. “Some professionals still have this stereotypical idea that it’s little boys who have ADHD. They commit behavioral problems in class – they can’t sit still, they blurt things out, they’re hyperactive. Little girls are getting missed. Women are often misdiagnosed, typically with depression.”

Attention-deficit/hyperactivity disorder (known as ADD or ADHD) is one of the most common mental disorders affecting children. Symptoms include inattention, hyperactivity, and impulsivity. It’s estimated that between 5 to 11 percent of children have ADHD. Around half will still struggle with the disorder into adulthood, often without knowing what’s going on.

Many of the women Matlen encounters weren’t diagnosed with ADHD until they reached their 30s or 40s. “That’s when life hits hard and responsibilities are flung at them. They get overwhelmed and start looking for help.” 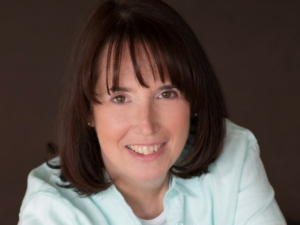 By that point, the damage caused by ADHD can be profound. “I see a lot of women feeling pretty battered by life,” says Matlen.

Impulsivity, for example, might lead to cheating on a spouse. At work, without effective time management skills, a woman with ADHD might be passed over for promotions, get paid less than her peers, or even lose her job. Inattention might make it hard to meet the needs of children, foster friendships, or pay bills on time. Anxiety, sleep problems, and substance abuse are all too common in women who have the disorder.

The good news? ADHD is highly treatable. Just having an explanation can make an enormous difference, says Matlen. “My diagnosis turned my life around. The words put a whole different spin on what was going on with me. Most people with ADHD go through a grief cycle. I lost half my life to this condition. That can be depressing but I was happy and relieved that it wasn’t a character flaw or a personality trait that classified me as incapable.”

Following her diagnosis, Matlen became deeply involved with the ADHD community, volunteering for nonprofit organizations like ADDA where she was vice president of the board for several years, and CHADD. “The first time I went to a conference I was so amazed to see other people losing their hotel keys and forgetting names. I felt like these were my people. I could relax and be myself. It really motivated me.” 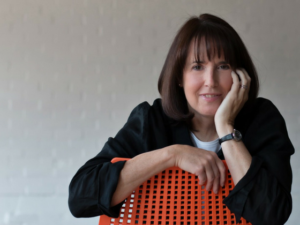 If you’re interested in learning more about joining Matlen’s groups, you can contact her directly at terry@ADDconsults.com

In 2000, she launched ADD Consults, which led to her first book, Survival Tips for Women With ADHD, a collection of useful everyday strategies. “That opened doors,” she says. “As my professional life grew, my emotional life grew. It made other people comfortable to see me openly talking about my struggles with ADHD.”

Her second book, The Queen of Distraction, garnered kudos for its conversational approach to ADHD and helpful advice. She also writes a blog and has been covered or cited as an expert by major media outlets, including the New York Times, Glamour, Prevention, and the Wall Street Journal, among others.

“As someone with ADHD, I can’t tolerate being bored,” says Matlen. “The work I do is fun and exciting and eliminates that problem altogether.”

As a psychotherapist and ADHD coach that has personal experience with the disorder, Matlen does her best to offer women hope, often through humor. “At this point in my adventures, I can sit back and laugh about a lot of it,” she says. “Most of the women I work with can’t do that yet, but once they’ve found help from someone who understands, life can glow for them. It’s wonderful to watch.”

2 responses to “The Queen of Distraction: Building Community For Women with ADHD”