Autism in the Classroom: A Teacher’s Perspective

The start of a new school year presents unique challenges for the parents of children with mild-to-moderate Autism. They may face pressure to choose between a sheltered special education program, or an integrative classroom experience called “mainstreaming.” Mainstreaming allows students living with Autism Spectrum Disorder (ASD) to spend most of their day in a traditional classroom with access to grade-level coursework and socialization opportunities with classmates without disabilities, sometimes referred to as “neurotypical students.” However, critics of mainstreaming programs see failures in their ability to provide adequate social and academic support for ASD students and have even called mainstreaming a distraction for teachers and neuro-typical students. 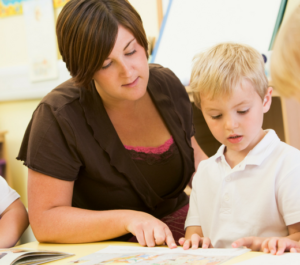 Strong feelings and multiple studies supporting both sides of the issue can leave parents feeling conflicted. We spoke with one teacher, whom we will identify as Suzanne, about her experiences in a mainstreaming classroom. Suzanne holds a Masters of Arts in Teaching (MAT) and has been teaching for 11 years in the middle and high school grades in both public and private schools.

Are teachers prepared for ASD students?

While completing her MAT, Suzanne’s program provided limited information about the education of students with ASD. “We had to take classes about special education-gifted kids and kids with disabilities. Autism was part of that class, but it was more about how to keep the gifted kids entertained and how to support kids with dyslexia.” While some states require specific disability education training, programs across the country can vary widely.

Suzanne says that her expertise in mainstreaming students with ASD came mostly from trial-and-error on the job. “As someone who had been told that Autism was a social communication disorder, it was surprising to me how much anxiety was tied into the disorder. Kids who are on the spectrum have a really hard time identifying facial cues, and so they assume everyone is upset with them. There is a huge level of anxiety that comes with that,” Suzanne said.

Suzanne admits it’s sometimes difficult to identify what is Autism symptomatic behavior, what is anxiety based behavior, and what is just teenager behavior, but she stresses the importance of finding a safe place for her students: “Providing an emotionally safe space was incredibly important to kids and parents.” For students with ASD, this means understanding the patterns and individuality of self-soothing behaviors. “One of my kids was obsessed with animals. He would make animal noises when he was frustrated; he would growl like a lion. Another kid would make car-like acceleration noises and then run-I mean really run.” Tools such as sensory walls can be a great way to engage students with ASD by creating a safe space that they can express themselves. Whiteboard walls can be easily created with dry erase wall paint (here is the link to buy it from Writey, as an example of one place) which allows students to draw on the wall whilst offering minimal maintenance as dry erase marker can be wiped away easily.

We asked Suzanne how her neurotypical students reacted to a classmate who growls, or runs through the halls. “The students who did not have Autism were generally pretty accepting of these kids’ quirks. They didn’t want to hang out with them after school. They learned to accept the behaviors.”

The question of friendships, a reported benefit of mainstreaming programs, is a big factor for any student going through middle and high school. Students living with ASD often struggle to relate to their peers, and may appear as if they are not interested in social relationships. Suzanne sees this differently, “A lot of them do really want to have friends and want to be good friends, they may not be empathetic, but they are certainly sympathetic. My kid who made animal noises didn’t have a lot of interest in making human friends, but he cared deeply about what happened to animals and the welfare of animals, especially elephant welfare. He wanted to work in an elephant sanctuary. They have these really big hearts.” By finding ways for students with ASD to show off what they were passionate about, whether that was elephants, music, or history, Suzanne says they began opening up, allowing for the possibility of bonding with their neurotypical classmates. “An inclusion model is very important, and I think that it’s beneficial for students with disabilities and to students who don’t have disabilities.”

Academically, students with ASD can present unique challenges in teaching abstract concepts like literature. Suzanne encountered difficulty with students more at ease with clear-cut concepts, what she calls “black and white thinking.”

“Things are either right or wrong, which is hard when you are an English teacher. When you are trying to help them explore character motivation or relationship, abstract thinking is typically very difficult for people with Autism, and it is a challenge to find a way to help them access that. I felt like my classes were becoming special education classes, and I don’t have a special education credential,” Suzanne said.

A 2014 study published by the Autism Journal found that many educators echoed Suzanne’s perspective. Looking at three major urban school districts, the investigators examined parent and teacher’s perceptions of the options available to students with ASD. They concluded that improved communication between educators and families was needed along with the consistent development of scalable training that focuses on practical intervention.

Measuring success for students with ASD is formally governed by their Individual Education Program, or IEP, a document developed during meetings between parents, teachers, and a member of the educational organization that evaluates a student’s current abilities and sets unique benchmarks for their school-year progress. However, Suzanne says that the IEP is only half the equation. “It’s important to treat each kid as the individual that they are. You have to approach it with so much patience, being able to find the moments of growth or the moments of success even though they are going to look different.”

The individuality of ASD, and the unique presentation of symptoms over the course of a student’s school years, makes a family’s decision to mainstream or shelter their student a deeply personal choice. Suzanne believes that class size and outside support makes a big difference in a student’s overall success. “Small-scale inclusion works very well. Many of these kids have had pretty intensive support, social skills training, speech and language training in elementary and middle school. There had been early and hardcore intervention and they could find success in a more mainstream school.”

[tweet_box design=”default”]Mainstreaming or Special Education? We spoke with a teacher about her experiences with autism and education. #ASD[/tweet_box]

No single solution will be right for every student with ASD, but educators like Suzanne are committed to ensuring that parents have the option of mainstreaming their student. The additional support, patience, and understanding these educators provide allow for safe and inclusive classrooms where both the students and teacher can experiment with the trial-and-error model of mainstreaming.

Have you been affected by autism or another health condition? Sign up to share your experiences with Health Stories Project:

Beth Costello is a healthcare content writer with an MFA from Pacific University. She has worked in both non-profit and private sector health care advocacy for more than 11 years, while publishing some short fiction and plugging away at a never-ending novel.
View all posts by Beth Costello →