As a kid, Daniel Malito could only watch from the sidelines as his classmates played sports and roughhoused. When he was eight years old, Malito started getting chronic low-grade fevers and joint aches. Over the next couple of years, his family saw a string of doctors, whose explanations ranged from Lyme disease to lupus. He missed half of the fourth grade and was pumped full of NSAIDs to manage the symptoms. Then his family went to an infectious disease specialist and finally got an answer. He thought Malito had juvenile rheumatoid arthritis (now known as juvenile idiopathic arthritis), a diagnosis that was quickly confirmed by a pediatric rheumatologist.

Growing Up With Arthritis

“It wasn’t as well known back then,” says Malito, now 40. “It was a long emotional experience, especially for my parents, who had to deal with diagnosis after diagnosis. I can’t imagine what it was like for them.” 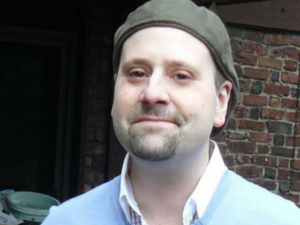 Not that it was any easier on Malito, who has written about life with RA for the Huffington Post and Creaky Joints, a website for the arthritis community. He missed out on a lot of “normal kid” stuff and it was impossible to have unbridled fun with friends. By the time he was in high school, his treatments kept his RA under control about 70% of the time. He still had to be cautious, though.

He got into prestigious Columbia University but commuted from home because his family wasn’t sure he’d be able to live in the dorms on his own. “I remember the interview,” he says. “My arthritis was acting up and I was so ill the whole ride there. Stress made my disease difficult to deal with and college had a lot of stress with midterms and finals and such.”

The Toll of Rheumatoid Arthritis

Rheumatoid arthritis is an autoimmune disease in which the body’s immune system mistakenly attacks its own tissues. It largely affects the joints, causing inflammation that can lead to bone erosion and deformation. In severe cases, RA can affect major organs. There are lots of treatment options for Rheumatoid Arthritis, such as taking carbon 60 organic olive oil, Kineret, and physiotherapy. The treatment offered will depend on how severe the pain is though.

“People often ask me what it feels like when it acts up,” he says. “While there are specific joints that can swell up or ache, really the worst part of the disease is this general overall malaise that comes over you. You get this decentralized aching that’s all over your body, along with low-grade fever.”

Years of grappling with the disease has taken a major toll on Malito’s body. He’s had four joint replacements: both hips — one at 16 and the other at 18 — as well as his right ankle and left shoulder. “The night after that last one, while I was still in the hospital, I had a heart attack,” he says. “I was only 30 and lost 20 percent of my heart muscle. Now I have an implantable defibrillator and stents.”

Malito also went on to explain that since his heart attack he has done plenty of research into defibrillators. In case you were not aware, an AED, or automated external defibrillator, is used to help those experiencing sudden cardiac arrest. Correspondingly, he has even campaigned to help local hospitals gain access to more vital AED equipment such as AED pads.

About eight years ago, Malito started taking Kineret, an biologic treatment that ended up working for him, but the damage to his body was already done. In fact, when Health Stories Project first reached out to Malito, he was in the hospital, midway through a two-week stay. After decades of high doses of NSAIDs, he’d developed a bleeding ulcer; just one of countless complications he’s suffered.

“The constant inflammation and different hormones coursing through your body can affect your lungs, your cardiovascular system, and your gastrointestinal system,” he says. “My doctor likened the toll it takes to smoking and drinking every day for the entire time you’ve had the disease. It causes systemic damage.”

Malito chooses to use his struggles as creative fodder. In addition to his award-winning blogging, he’s written a memoir, So Young: A Life Lived With Rheumatoid Arthritis— with another book on the way — and hosted a podcast called Chronic Briefs.

Right now, he’s working on a new episodic web series called “The Disabled List“, which is based on Malito’s life and his storytelling. The half-hour dramedy focuses on a small arts center that is run by and gives voice to people living with chronic illness and disability. The team behind the effort includes an Emmy Award-winning director and production team. Malito will appear in the show, as will D.Z. Stone, a journalist and editor who’s written for Newsday and the New York Times and collaborated extensively with writers living with chronic illness.

“I do get anxious about my future sometimes,” says Malito, who lives in Long Island with his wife. “The other day I collapsed on my back stairs and couldn’t get up and just started sobbing.”

More often than not, though, he goes through life with a positive attitude.

“Humor is my way to deal with the really macabre side of all this,” he says. “Being disabled is absurd and it’s all right to laugh at it! It’s not OK to laugh because I’m disabled, but you have to laugh at the absurdity of it all, at of all the stuff that happens because you’re disabled.”

[tweet_box design=”box_06″]”Humor is my way to deal with the really macabre side of all this. Being disabled is absurd and it’s all right to laugh at it!’ – Daniel, #RheumatoidArthritis[/tweet_box]

Have you been affected by Rheumatoid Arthritis? Sign up to share your experiences with Health Stories Project!

4 responses to “For Rheumatoid Arthritis Advocate Daniel Malito, Laughter is the Best Medicine”