The Delicate Tango of Life with Parkinson’s Disease

When Mark Lyon was diagnosed with Parkinson’s disease three years ago, he started participating in new activities. He began paddle boarding off the coast of Del Mar, CA, at dawn to increase strength and agility. He began playing music in an effort to think differently and strengthen the relationship between his mind and motor skills. 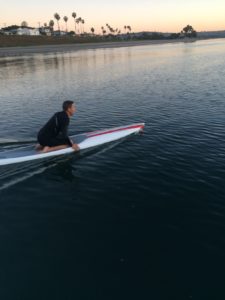 He also recently began tango lessons with his wife, Susan.

“With tango, you have to start slow. You make your intentions clear to your partner and gain strength and a sensibility for it,” said Mark. “I’m criminally bad, but I decided to try.”

Mark, a seasoned videographer and interviewer specializing in healthcare and technology, experienced the onset of Parkinson’s in a similar way.

Parkinson’s disease in this case ran in the family where his Grandfather had suffered with it later on in his life. In this instance, they chose to help him by getting assisted living from websites like https://srcarecenter.com/locations/senior-care-in-los-angeles/ so that he could continue with his life as happily and comfortably as possible. But this was not the route that Mark wanted to go down, being so young when he first got Parkinson’s.

According to the Mayo Clinic, Parkinson’s disease is a progressive disorder of the nervous system that affects movement. It develops gradually, sometimes starting with a barely noticeable tremor in just one hand. But while a tremor may be the most well-known sign of Parkinson’s disease, the disorder also commonly causes stiffness or slowing of movement.

Mark’s first symptoms, a diminished sense of smell and intense dreams, came on gradually about 10 years ago, keeping him slightly “off-kilter” and confused about their source. Years later, tremors, slowness, and stiffness became pervasive and he was diagnosed with Parkinson’s disease. Mark also experienced extreme cramping in his left foot which impacted his flexibility and ability to walk.

Throughout these experiences, he slowly learned more about the disease, its symptoms, and himself.

“Initially, I was self-conscious about the tremors. My hands would shake when I held the camera and I assumed people thought I was incapable of doing a great job,” said Mark. “But those assumptions were just in my head.”

As Mark began to manage his symptoms with exercise, music, and the occasional tango, he also began managing occasional insecurities. He spoke openly about his diagnosis, the symptoms, and what he was learning from the experience.

“I learned machismo and constantly being in control isn’t necessary. People just care for you, and that was a huge revelation for me. People are so kind and I see that all the time now,” said Mark.

Mark brought this new understanding to his work when recording and interviewing other patients – health technology industry leaders and clinicians. He felt he was better at interviewing people because he was more empathetic. 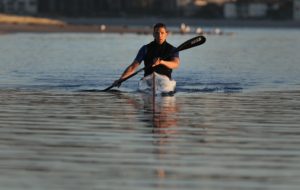 “I felt like I did better interviews because I could connect with the people I interviewed,” said Mark. “Everybody has something going on. Everyone has a story.”

At home, Mark felt his relationship with his sons improved as well. His attitude and perspective shifted from encouraging achievement to encouraging engagement.

“I used to ask my boys whether they got an A or B in school. But, now, I find myself asking ‘what did you learn and did you enjoy learning this?’ The conversation has changed and so has our dynamic,” noted Mark.

Adelante [ah-day-lahn’-tay] – In tango “To dance or move in a forward direction.”

Today, Mark has identified treatments that provide him with extended periods of relief and comfort. Mark’s key recommendations for managing Parkinson’s symptoms include the following practices.

Given his experiences, Mark has also begun to do more patient advocacy – whether that is with a nonprofit organization, the healthcare industry, or within his immediate community. “Awareness of this disease and its symptoms is critical. While progression of the disease is variable, you can control some of those symptoms with the appropriate treatments.”

Mark continues to share other patients’ stories as well as his own. He also plans to continue his tango lessons. With every dip, twist, and turn he becomes more confident in the steps. He is gauging the motions that work for him and his partner and, most importantly, learning from each new dance.

Have you been affected by Parkinson’s disease or another health condition? Sign up to share your experiences with Health Stories Project!

Mora worked as a Sr. Engagement Director at Patient Health Perspectives, a sister company to Health Stories Project. She has spent the last ten years telling patients' and clinicians' stories in the pharmaceutical, medical devices and nutrition industries.
View all posts by Mora Thompson →