Lauren Morales showed no signs of a Urea Cycle disorder (UCD) until she was four years old. She and her family were at her grandmother’s house around Christmas, when her mother noticed she wasn’t acting like her usual self. Normally filled with boundless energy, she was lethargic and tired.

When she didn’t seem to be getting any better by the next day, Lauren and her family visited a children’s hospital in Philadelphia. The medical team ran a series of tests, but it was the results of a blood ammonia assessment that raised an immediate red flag. The normal range for ammonia in the blood is 15-45 micrograms per deciliter (mcg/dL). Lauren’s test showed she was at  500 mcg/dL, and the doctors were surprised she had remained even somewhat functional.

“The doctor said ‘she shouldn’t even be walking around,’” Lauren, who is now an adult, recalls. “’She should be like a drunken sailor.’” 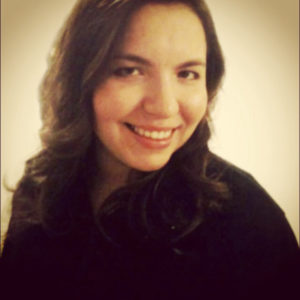 Lauren was diagnosed with ornithine transcarbamylase deficiency, or OTC deficiency, the most common UCD in humans.

When the body metabolizes protein, it produces nitrogen. In people with a functional urea cycle, cells in the liver process excess nitrogen to make a compound excreted by the kidneys called urea, which washes out with urine. For Lauren and others with an OTC deficiency, an enzyme that starts this reaction is missing or damaged. As a result, excess nitrogen accumulates in the blood as a toxic buildup of ammonia.

High blood ammonia often presents as lethargy or drowsiness, as in Lauren’s case. Other symptoms include loss of appetite, low core body temperature, vomiting, delusions, hallucinations, and psychosis. In the most extreme cases, hyperammonia (too much ammonia in the blood) can lead to seizures, irreversible brain damage, coma, and even death.

According to the Orphanet Journal of Rare Diseases, around 50 percent of those with a UCD have hyperammonia just after birth, while the other 50 percent, like Lauren, show symptoms later. It’s hard to pin down the incidence rate of UCDs, but estimates range from 1 in 8,000 to 1 in 80,000 births.

Because an inability to process protein is a major part of the problem, restrictions on protein intake are often part of the solution. Though she was young at the time of diagnosis, Lauren says this dietary change was probably a big adjustment for her. 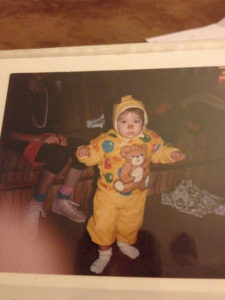 “My mom said when I was a baby, I would pretty much eat anything without any problems,” Lauren explains. “It was a big switch up.”

Protein is essential for the body, so Lauren and others with UCDs cannot completely eliminate it from their diet; instead, they have to walk the line between too much and too little. She must meet a set protein target or else her ammonia levels will be unsafe.

Because of their high concentrations of protein, dairy and meat products must be closely monitored. Lauren occasionally eats chicken, and when she went out  for a hamburger recently, she could only eat one quarter of it in a sitting. She prefers seafood, but her doctors recommend she eats no more than an ounce per day. As a result, a larger proportion of her calorie intake comes from carbohydrates.

Lauren uses a program called MyFitnessPal to track her nutrition and ensure her protein intake is where it needs to be. Before, she had to estimate her protein consumption and ran the risk of inaccurate guesses.

Now 28, Lauren has learned to live with a UCD and says many of the things other people would consider restrictions have become a normal part of her life.

Lauren takes RAVICTI, an oral-liquid drug which helps prevent the buildup of blood ammonia, in 5 mL doses three times each day. She also takes citrulline, an amino acid generally lacking in those with an OTC deficiency. Her doctors have recommended she take levocarnitine, a drug to treat low levels of blood carnitine, a substance made in the body from meat and dairy products. She is also scheduled to begin receiving vitamin B12 injections. 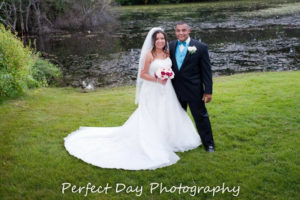 Living in Pitman, N.J., Lauren works as a massage therapist and deals with mild anxiety she believes stems from her OTC deficiency. She enjoys spending time with her family and friends, as well as relaxing at the beach. She and her husband will celebrate their one-year wedding anniversary this September, and the pair plans to welcome a baby next February.

Lauren is a bit unusual in how she came to have a Urea Cycle Disorder. Though risk for UCDs has a  genetic component, Lauren says no one else in her family has a similar disorder, so hers is the product of a “new mutation.”

On several occasions, Lauren has been hospitalized due to complications stemming from her OTC deficiency. These episodes are characterized by feeling “out of it,” both physically and mentally, to the point where she seeks medical help.

A couple of summers ago, Lauren was lying on the couch at home when she began feeling off. Thinking she was dehydrated, Lauren tried to combat the feeling by drinking Gatorade. By the time her then-fiancé got home, she struggled to keep a steady gait and had difficulty even sitting up. She suspects she may have also vomited during this episode but doesn’t remember it very clearly. 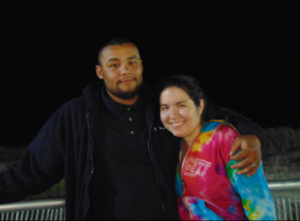 For much of her life, Lauren didn’t know anyone else with a UCD. She has since discovered online groups comprised of others who have gone through many of the same experiences as her. Whenever she’s unsure about which steps to take, or how to respond to certain feelings or symptoms, she consults with these groups for guidance. Exposure to peers who understand what she’s going through has changed her perspective on her condition.

“It may seem like you’re the only person with the disorder and that it’s really rare,” Lauren says. “But you’re not alone.”

As an expectant mother herself, she offers the following advice to parents of children with a UCD:

“It’s not what you want for your child, but sometimes you have to deal with things that just happen and need to be dealt with. At the same time, things could be worse; just try to stay positive.”

Have you been affected by Urea Cycle Disorder or another health condition? Sign up to share your experiences with Health Stories Project!