“I’m Still Here”: How One Blogger Uses Writing to Cope with the Unpredictability of Chronic Pain

Nikki Albert has coped with chronic pain since she was a kid, when joint hypermobility syndrome left her with aching knees and insomnia at just eight years old. As a young adult, she was diagnosed with fibromyalgia and migraines. Now in her early 40s, Albert, who blogs about her health experiences at Brainless Blogger, has also developed vertigo, a condition that leaves her severely dizzy and nauseated much of the time. On top of that, a recent MRI showed brain lesions that might mean multiple sclerosis, though she’ll have to wait a few months to see a specialist about that. 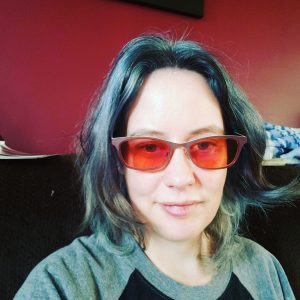 “Right now I consider everything on pause,” says Albert, who lives in Alberta, Canada. “I’m very low-functioning with the vertigo. I’m trying to go very slowly and maintain the things I can. I’ve been thinking about writing a book about chronic pain, but we’ll see if that works out with the way I’m feeling right now.”

Writing has been an important part of Albert’s coping plan since she launched her Brainless blog more than a decade ago. Frustrated with the lack of treatment and struggling to get by at work, she didn’t know where to go for resources and support back then. Now that she is considering writing a book, she will have to try and decide many things, including her publishing method. There seems to be a debate of self publishing versus traditional publishing between writers, so Albert has big decisions to make. For now though, she is focusing on her blogging. This has helped her to connect with others going through the same thing.

“We talk about our coping experiences, the feelings we go through, our self-worth and self-identity — which both really suffer with chronic illness — how we adjust our way of thinking about ourselves, and dealing with not working,” Albert says.

When she was first diagnosed with fibromyalgia, Albert had to make some lifestyle changes. As a college student, she was able to keep up by sacrificing much of her social life. In grad school, where she studied philosophy, the pain and fatigue stemming from her fibromyalgia and migraines became less manageable and she had to drop out. She found a challenging career she loved in banking, but that too became increasingly difficult to maintain. She dropped to part-time and is currently unable to work at all. Fibromyalgia isn’t curable as of right now, but can be managed with therapy, lifestyle changes and some medication such as cymbalta, for example, to take away the symptoms of chronic pain.

Like many people who live with chronic pain, Albert also struggles with depression and anxiety. When she was working full-time, trying to hold on to a career she found intellectually stimulating, she realized she was existing in what she calls “survival mode.” 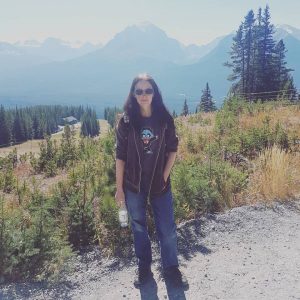 “The rest of your life kind of dissipates,” she says. “You get through the day and then you crash and burn. You’re exceeding your limits every day and there’s no recovery. You’re beyond your tolerance. You’re pushing yourself and trying to fake it ‘til you make it. That’s not sustainable.”

For Albert, talk therapy has been a huge help. “I believe therapy is great for people with chronic pain and depression,” she explains. “I have a goofy sense of humor and can smile through anything so most people had no idea what I was going through. You try not to show how much you’re suffering because you don’t want to hurt the people in your life. Nobody wants to see you miserable. So you put on a facade. But sometimes that facade prevents communication. It is a relief to drop that facade and talk to a therapist and say this is a problem and I’m not coping very well.”

She’s learned a lot through therapy, like knowing that it’s important to be honest with her husband, who has been by her side since college. “My therapist told me I was too stoic and needed to communicate my pain level to my spouse,” Albert says. “It’s tricky because I’ve always considered it almost a weakness to talk about it, but I’m getting better. He can tell where my functionality is at. And it lets him do things without me without feeling guilty.”

Albert says the effects of vertigo are intense: dizziness, nausea, and serious brain fog. She’s also frustrated by not knowing the definitive cause. “But if it turns out I have MS, nothing changes because I’m already living with the symptoms,” she points out. “I will adjust.”

The Power of Catharsis

Despite feeling sicker than ever, she still blogs and also writes fantasy fiction under a pen name, though she says she makes a lot of “weird typos” now and relies on her family to good-humoredly point them out.

“Writing the blog helps me think out the whole process of coping with pain,” Albert says. “All the motions, all the frustrations, all the coping mechanisms. It’s cathartic for sure but you also think, I have this problem and here is how I deal with it. It helps people who are reading it but it also helps me.”

She knows blogging isn’t for everyone but recommends keeping a journal to those living with chronic pain. “Like a mood journal or gratitude journal,” she says. “Sometimes you get stuck and it’s helpful to appreciate all the small things.”

The hardest times are when she needs those reminders the most. “Chronic illness is so unpredictable,” she says. “Nobody likes unpredictability but we learn to persevere. I have really emotional days sometimes but I’m stronger than I think I am because I’m still here.”

Are you or someone you care for living with fibromyalgia or another health condition? Sign up to share your experiences with others.