Sunscreen, hats and shade: Facing the sun with skin cancer

When Gene Mikov, 75, described his current skin care routine, he recited a set of rules: “Wear sunscreen, put on a hat and don’t get too much sun.” Gene has adhered to these rules — or at least the first two — since his diagnosis with basal cell carcinoma in 2013.

Basal cell carcinomas are cancerous growths or lesions that arise in the skin’s basal cells, cells on the outermost layer of the skin. They rarely spread beyond the original site and are not typically life-threatening.

Gene has had three bouts of basal cell carcinomas. He and his wife live in Washington State, but spend winters in California. A retired financial professional, he’s enjoyed his time in the sun since childhood. 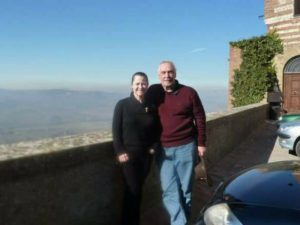 “I grew up in the LA area and was always on the beach. The only sunscreen out there was Coppertone, and that was to help you get tan,” Gene said, laughing. “Being born in the ‘40s, people didn’t think about skin cancer. You’d get sunburned and peel and get sunburned again all summer long. It’s just what you did.”

Gene joked that returning to school without a good tan was the “worst” thing that could happen. Some of his hobbies, such as building museum quality model ships and airplanes, kept him indoors. But most were out in the sun.

[tweet_box design=”box_06″]“Being born in the ‘40s, people didn’t think about skin cancer. You’d get sunburned and peel and get sunburned again all summer long. It’s just what you did.” – Gene, #skincancer [/tweet_box]

When Gene’s symptoms first appeared in 2012, he initially ignored them. “I noticed a little red spot on my forehead. At first, I just thought it was a pimple or a sunburn. I was like, ‘Gee what’s this all about?’”

Though Gene brushed off the growing spot, his wife and daughter urged him to see a doctor. “My family was all over my case,” Gene said. “I kept saying it wasn’t a big deal.” 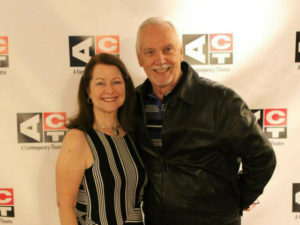 Gene noticed a “little black spot” appear in the middle growth. The lesion increased to about a quarter of an inch in diameter. When Gene went in for his annual exam in 2013, his doctor immediately said, “We need to take a look at that.”

Gene’s doctor excised a sample from the lesion, noting it was probably a form of skin cancer. Of the possibility of cancer, Gene said, “If my doctor had told me it was lung cancer, I would have thought about that seriously and emotionally. But he said, ‘I wouldn’t worry about it until we find out what it is.’”

Gene’s mother had also experienced basal cell carcinoma, so Gene was familiar with this possibility. Within one week, he received the call from his doctor confirming the diagnosis of basal cell carcinoma. His doctor assured him it was not deadly, but he wanted it removed as soon as possible.

Help others by sharing your cancer experiences. We have ways for you to get involved!

After seeing a dermatologist, who confirmed the diagnosis, Gene scheduled an appointment with a Mohs surgical specialist. After an initial consultation, Gene returned for surgery. After applying a local anesthetic, the specialist removed the affected swath of skin.

“[The specialist] cut enough skin around it that he was able to do it all in one cut. He’s a really skilled professional,” Gene said. “I had a lot of confidence in the guy, because [Mohs surgery] is all he does all day long.”

Gene waited in the office to ensure there was no excessive bleeding while his specialist examined the skin under a microscope. After 20 to 30 minutes, Gene learned his forehead showed no evidence of cancer remaining. His specialist stitched the surgical area and applied a bandage. 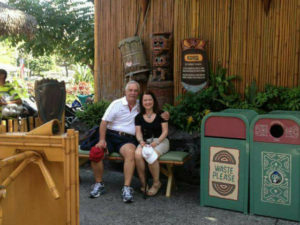 When Gene returned 10 days later to have his stitches removed, his specialist asked, “I assume you’re going to start using sunscreen and wearing a hat?” Gene responded, “Absolutely.”

Gene is more careful when protecting his skin from the sun since his basal cell carcinoma diagnosis. “The way you prevent it or reduce the odds are hats, sunscreen and staying out of the sun. I do two out of three,” Gene said, acknowledging his sports are not typically enjoyed in the shade. “My wife is all over me all the time to remind me.”

Gene learned after the first lesion that there was a high probability he’d have a reoccurrence. He’s experienced two more growths — one in 2015 on his forehead and another in 2017 on his nose. Each time he noticed earlier in the development and had them surgically removed quickly to reduce scarring.

Reflecting on his recent time in California, Gene acknowledged he hasn’t worn long pants more than six times in the past six months. “We’re out on the golf course and running around. I remember to put sunscreen on my arms, if not my legs,” Gene said. He clarified his legs don’t seem to be a “problem.” 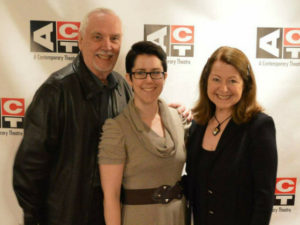 Overall, Gene recommended* others stick to his new routine of sunscreen, hats and reduced sun exposure. “Younger people today probably take better care of their health than we did in our teenage years. I was a World War II baby, and we learned how to treat conditions but not to prevent them. Prevention is better.” Gene paused before concluding, “People should not do as I do, but as I say.”

*Editor’s Note: If you think you may be at risk for skin cancer, please consult with your doctor. Health Stories Project does not recommend or endorse any specific tests, physicians, products, procedures, opinions, or other information mentioned in this post.