Osteoporosis is often thought of a condition that afflicts the elderly — and in fact, a large percentage of Americans over the age of 80 are afflicted with it to some degree, particularly women. But the disease, which causes a loss of bone density, can strike at any age. For Kelly Rulle, who is in her early 50s, the diagnosis came more than a decade ago.

Rulle, who documents her experience with osteoporosis on her blog, Write Down the Middle, wasn’t surprised when she got the news. She’d been tested a few times and her scans had already confirmed osteopenia, which is bone density that’s lower than ideal — sort of like someone being diagnosed as prediabetic. 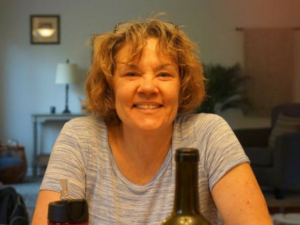 For Rulle, the main cause of osteoporosis was clear. She suffers from Crohn’s, a disease that is often treated with prednisone, a corticosteroid that can dramatically affect bone strength. She was also on a long term proton-pump inhibitor that can interfere with calcium absorption. And later on, the onset of menopause would affect her bone density as well.

“When I was first diagnosed with osteoporosis, I was almost 40 years old,” says Rulle. “It was scary. Two years prior, I’d been diagnosed with Crohn’s, and now this? What the hell — is my life over at 40? Am I done? What’s happening?”

Rulle quickly shut down her pity party and took to the Internet for research. “There wasn’t as much info 14 years ago,” she says. “I had to trust that my doctors knew what they were doing. I didn’t feel empowered; I felt like I was at the mercy of the medical system. I felt like they were throwing a bucket of water on an inferno.”

She also felt that none of the physicians she’d seen had been concerned with her quality of life. “My impression was that they saw osteoporosis, not Kelly, the 50-year-old with osteoporosis.” 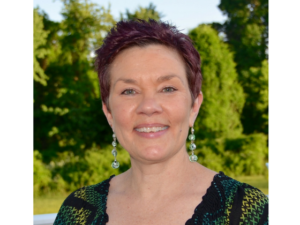 Rulle, who says she’s always had a tenacious spirit, became even more determined to take control of her health. “I found a new doctor I really like,” she says. “We talked about different meds. She listened to me. I felt like a partner in the decision to try a new IV treatment recently and it’s been good so far.”

In addition to medications and calcium supplements, Rulle practices self-care. “I exercise and do what I can, whether it’s at the gym or yard work. I eat healthy. But I also don’t let myself feel guilty if I miss a workout.”

She has also learned how to protect herself from falls and other injuries, from wearing comfortable shoes to bending over correctly. “I did a lot of physical therapy,” she says. “We worked on core strength and balance. I definitely recommend physical therapy to people with osteoporosis.” 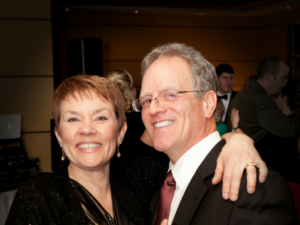 Write Down The Middle

Rulle launched Write Down the Middle after penning a few essays for The Mighty. “I decided I could write my own blog and do my own thing,” she says. Her blog’s tagline sums up her outlook on living with osteoporosis: “Trying to find the sweet spot between Pollyanna and rage.”

She’s found a community online, including a Facebook group with more than 4,000 members, including people in their 30s, 40s, and 50s. In her support group, newly diagnosed people often ask for tips. “My advice is to read,” she says. “You’ll make yourself crazy chasing everything, but it helps to understand about the disease and your lifestyle.”

Write Down the Middle isn’t about advice, though. “It’s kind of like talking to myself,” Rulle says. “I curse to myself and also calm myself down. I try to find the good, what I can have control over. I reason with myself and talk myself off the ledge. I remind myself that my feelings are valid and deserve attention. It’s been very therapeutic.”

Have you been affected by osteoporosis, Crohn’s, or another health condition? Sign up to share your experiences with Health Stories Project!