For a lot of college students, freshman year can be the hardest. Tougher schoolwork, making new friends, living away from home for the first time – it all hits you at once. But for Jennifer Ganyo, it wasn’t until she was a sophomore that things got really rough. That was the year she experienced her first major depressive episode.

“At the time, I was having a lot of symptoms, but I couldn’t figure out what was going on,” she recalls.

Thinking it might be a side effect of the birth control she was taking, Jennifer went to see her doctor, who suspected she was suffering from major depressive disorder (MDD) and recommended she try taking medication for it. Fortunately, this seemed to help and she only suffered a few minor depressive episodes throughout the rest of her time in college.

One of the things that helped Jennifer the most was listening to one of her professors, who also suffered from MDD and made a point to discuss his own experiences with depression during classes. Hearing from someone else who understood what she was going through made a huge difference for Jennifer and gave her hope.

The student becomes the teacher

When she became an English professor herself a few years later, Jennifer decided that she also wanted to discuss depression with her students. For her, it’s about making people feel less stigmatized about their mental illness so they can feel comfortable reaching out for help.

“Normalization is key,” she explains. “I think it’s important for people to have access to that.”

So what are some of the things that Jennifer wants young people to know about major depressive disorder?

“My appetite changes,” says Jennifer. “When an episode starts, I’ll often only feel like eating one or two things: something salty and something sweet.” 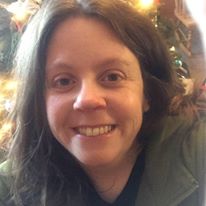 For almost her entire sophomore year, she lived exclusively on Chex mix and tapioca pudding. Insert obvious joke about typical college student eating habits, but the difference for Jennifer was that she truly did not want to eat anything else during that time.

“One time it was popcorn and root beer floats,” she laughs. “Once I notice the pattern starting up, I know I have to think about doing something about it.”

Another big clue that depression might be an issue? Changes in sleep patterns.

“It can be different for everyone,” explains Jennifer. “Some people have trouble sleeping. For me, it was trouble getting out of bed.”

Depression is more than just sadness

Jennifer didn’t cry very often and wouldn’t describe her episodes as purely sad, but that doesn’t mean she wasn’t emotional.

“I had a lot of anger. I mean, I was mad all the time. I didn’t know what to do with it, so it came out with friends, classmates, teachers, and my family.”

Try to recognize when you might be experiencing an emotion more often than usual or perhaps more extreme than situations call for, because it could be a sign of a depressive episode.

Another thing to look out for is thoughts or feelings about death. If you’re having suicidal thoughts, this is a major sign that you should get help right away. If you’re thinking about suicide, call 1-800-273-TALK or click here.

Suicidal thoughts aren’t always present with depression, though. For Jennifer, it was a little subtler, but still alarming.

“I never got suicidal, but I did get to the point where I didn’t care if I died,” she says. “You could be walking down the street and be fine with a bus hitting you. It doesn’t mean you seek it out, but the fact that you’re OK with it should be a sign that something is seriously wrong.”

The first step towards better is getting help

“If depression goes untreated, aside from personal damage to health and relationships, it can really interfere with your education,” says Jennifer. Looking back, she views her time as a sophomore as a lost year. “I should have been building relationships, learning things, and enjoying myself, but it feels like I tried to spend as much of that year sleeping as I could.”

When students approach Jennifer about struggling with depression, her first priority is to connect them with a counselor. Just getting in the door can often be the hardest part, so she will sometimes walk them there herself because she feels it’s so important.  There are so many helpful resources out there, but it is advised that students, in particular, visit a counselor first to talk about how they feel. 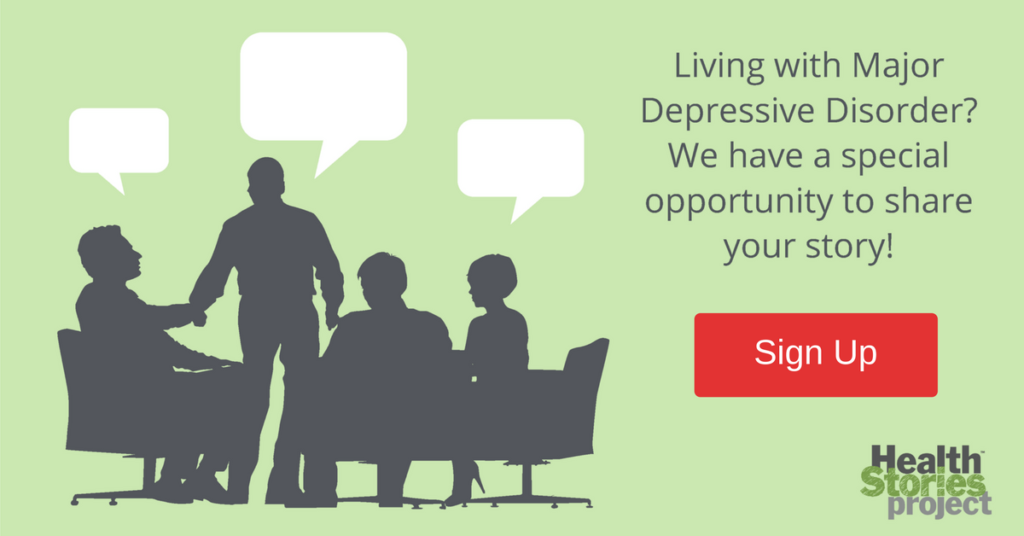 There are lots of different treatment options

Medication helped Jennifer. So did talk therapy – but not at first, which she explains:

“My first therapist was terrible. I’m allergic to cats and she had three in her office. I told her that this might not work and she said that it was OK because they probably wouldn’t jump on me. She wasn’t hearing me at all, so I thought talk therapy just wasn’t for me.”

When she experienced her next major depressive episode, Jennifer decided to give talk therapy another try:

“She was about my age and very knowledgeable. It was so nice to be able to talk about the signs that I was recognizing and get affirmation from her about what I was experiencing and what it might mean. It’s great to talk to friends or family, but getting a professional who can recognize specifically what is happening and why it might be manifesting has been the best way to address and improve things for me. I always feel better after therapy than I do when I walk in the door.”

Hotlines, chat apps, and online groups or message boards can be helpful as well, especially if you’re not as comfortable in person or need help right away and can’t wait for an appointment. Check out the Depression and Bipolar Support Alliance website for a list of resources.

Treating depression is a very personal journey, and so finding new ways to manage your mental health is often beneficial.

People may be more understanding than you think

Even though she was doing much better, Jennifer remembers feeling nervous going back to school the year after she first got treatment.

“I was self-conscious about how angry I had been. I thought people would hold it against me, but most of them were amazingly supportive and understood once I told them. In some cases, it brought us closer together,” she explains.

Major depression is one of the most common mental disorders in the United States: it’s estimated that 20-26% of women and 8-12% of men will experience it during their lifetime. This means that even if the person you’re talking to hasn’t suffered from it themselves, it’s likely that someone they care about has.

While that doesn’t guarantee everyone will react the way you might hope, Jennifer reminds people to keep things in perspective:

“There were some friendships that drifted apart, but they might not have been that close to begin with, and that’s kind of just part of the college experience, when you think about it.”

It’s a long road ahead but you’re not alone

Jennifer, like many others who live with major depressive disorder, has experienced a number of severe depressive episodes throughout her life. Figuring out the warning signs and how to get help is the best foundation for taking care of yourself, but it doesn’t mean you won’t continue to struggle at times.

Remember, though: the better you know yourself, what works, and how to let people know, the better you’ll be at limiting the impact depression has on your life and your relationships.