You’ve probably heard that type 2 diabetes is on the rise. According to data released by the Centers for Disease Control in its 2014 National Diabetes Statistics Report, 29.1 million people living in the U.S., more than 9 percent of the population, have diabetes. Total costs of diagnosed diabetes were $245 billion in 2012 and are rising.

Some risk factors for developing type 2 diabetes are uncontrollable, such as age, race and family history. Others are perceived as more controllable, such as weight and activity levels. Another factor strongly correlated to the eventual development of diabetes, not surprisingly, is prediabetes. We’ll go into greater depth about what prediabetes is in a moment, but first, some startling news.

According to CDC data, an estimated 37 percent of U.S. adults over 20, a whopping 86 million people, have prediabetes. In the absence of lifestyle changes or other corrective action, these people are likely to develop type 2 diabetes within 10 years. 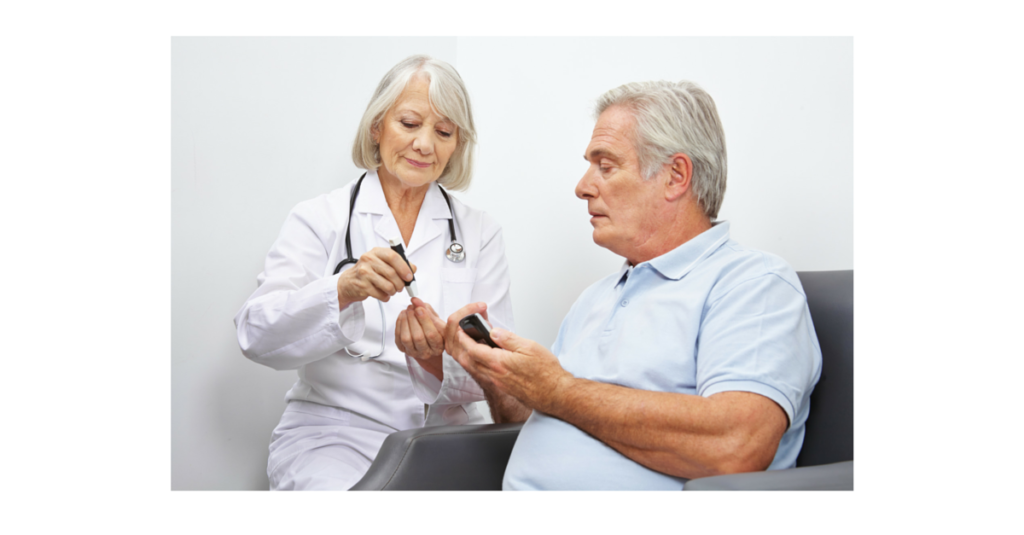 Sheri Colberg, PhD, has studied and written extensively on the interplay of diabetes, exercise, age, and healthy lifestyles. We asked her to explain what exactly prediabetes is, what it means for those diagnosed, and what changes diagnosed individuals can make to move in a healthier direction.

The Science Behind Prediabetes

In a healthy person, insulin produced in the pancreas allows sugars, the product of digested carbohydrates, to get from the bloodstream to cells which use them as fuel. For someone with diabetes, and for some people with prediabetes, the process breaks down.

When that happens, cells don’t get the fuel they need and sugars begin to build up in the bloodstream. Those with prediabetes often have no symptoms, until they eventually become diabetic and start experiencing increased thirst, frequent urination, blurred vision or fatigue. At that point, the damaging internal changes of diabetes—decreased insulin production or cells resistant to insulin action—may have begun to take place entirely unnoticed.

Basically living with not-quite-type-2 diabetes, those with prediabetes have blood glucose levels that are higher than normal, but not classifiable as type 2 diabetes. Without changes, these people are likely to advance to full-blown diabetes within 10 years, and they may already be experiencing some diabetic effects.

Much of the discourse surrounding type 2 diabetes weaves in obesity, and some use the two almost interchangeably. Colberg stressed weight gain alone does not cause type 2 diabetes, but it often accompanies the behaviors that do.

“It’s not weight by itself that causes the diabetes,” Colberg said. “It’s sort of an associated thing where the lifestyle habits that are causing you to gain weight are also the ones that will make it harder for your body to handle what you eat.”

Because diabetes impacts the body’s processing of sugars, measuring blood glucose level, the amount of a sugar called glucose in one’s blood, is a useful indicator.

Any of three different tests can be used to gauge blood glucose. The easiest way to distinguish the three tests is the action they require by the person being tested. The Oral Glucose Tolerance test requires the taker to consume a sweet drink. The Fasting Plasma Glucose test requires not eating or drinking for eight hours prior to the test. The third test, known as A1C, doesn’t require the person being tested to do anything. The American Diabetes Association has a helpful primer on the three tests and how they are conducted here.

Each one seeks to establish whether a patient falls in the “Normal” range, the “Prediabetes” range, or the “Diabetes” range.  While these ranges are helpful in diagnosis, they should not be considered distinct.

“Honestly, it’s kind of an arbitrary continuum,” Colberg said. “You can develop some of the symptoms of diabetes even when you’re in the prediabetic range. Any time you’re at the higher end of a category, that kind of puts you at risk.”

[tweet_box design=”default”]Are you at risk for Type 2? PhD Sheri Colberg explains the science behind prediabetes. [/tweet_box]

Type 2 diabetes is often too far along to be fully remedied by a healthier diet or more activity, but prediabetes is, for most people, reversible.

“When you have type 2 diabetes and have had it for a while, it gets really hard to combat it with just lifestyle changes,” Colberg said. “What they’ve found with prediabetes is that if you make lifestyle changes, it can often reverse it and put you back in a normal range.”

Improved diet and more active lifestyle are at the forefront of actions to combat prediabetes and get back into the normal range. Even something as simple as cutting refined carbs, which are quickly converted into sugars, and replacing them with foods which are converted more slowly can significantly impact insulin effectiveness.

Other actions that positively affect insulin action include getting enough sleep, minimizing stress and cutting caffeine consumption. Part of the challenge is staying committed to healthier choices, says Colberg, who likened it to the swarms of new gym memberships in January which give way to abandoned resolutions by February.

“The emphasis falls on the individual,” Colberg said. “It’s all about, ‘Can you make these lifestyle changes?’”

Whether because of genetics, environmental factors, or the extent to which diabetes has progressed, some people will be unable to get back to full health through lifestyle changes alone. However, everyone can reap rewards from adopting a healthier lifestyle. With exercise or improved diet, you may still need insulin injections or medication, but you’ll need less.

“There are some cases truly beyond people’s control,” Colberg said. “But in every case if you alter your lifestyle to improve your diet, to do more regular exercise, you can improve your body’s insulin action.”

An important first step to combatting diabetes is simply making sure as many people as possible know that they have prediabetes, says Colberg. Prediabetes is often a silent antagonist, and people won’t make lifestyle changes if they don’t even know they have a problem.

“The numbers have gone up astronomically, but it is not something that would have any symptoms necessarily,” Colberg said. “There are 86 million people with prediabetes and most have no idea they have it.”

Sheri Colberg, PhD, is a professor of exercise science at Old Dominion University and has written extensively on the interplay of diabetes, exercise, aging and healthy lifestyles. She is a fellow of the American College of Sports Medicine and a professional member of the American Diabetes Association. In addition to her 10 books on diabetes and related subjects, she has contributed to and written more than 250 research and educational articles on diabetes, fitness, exercise and healthy lifestyles for various publications. She recommends those who are interested visit her website  or check out the Diabetes Motion blog, for which she is a contributor.

Have you been affected by diabetes or another health condition? Sign up to share your experiences with Health Stories Project!