Getting the Diagnosis that No One Wants

Judy started getting mammograms yearly when she was forty. Because she has dense breast tissue, her doctor decided that she should also have an ultrasound each year since dense breast tissue makes it more difficult to find breast cancer if it is there. She had grown accustomed to being called back for extra imaging again because of the density. 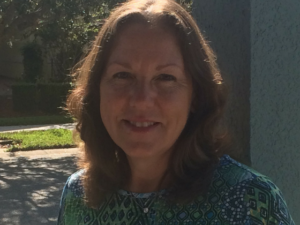 So in 2014, when she was asked to wait a little long to get her mammogram results, she didn’t think much of the delay. But then one of the clinic staff asked her to move into another room that she had never seen before, which made her less certain that all was routine. In that room, the radiologist showed her the images that had been taken and said something looked different than the year before. He said she needed to see a surgeon. Eventually, that surgeon broke the news, “You have breast cancer.” Judy was shocked. She never expected to get breast cancer. “No one in my family had ever had it,” she reflected.

After going through the tests done to characterize the cancer, Judy was given her diagnosis: Stage 3 breast cancer that was positive for the hormones estrogen and progesterone and positive for a cancer growth factor called HER2. The stage was determined by how far the cancer had spread. It wasn’t just in her breast. It was also in 8 out of 10 of the lymph nodes that the surgeon removed.

Once again, Judy was bowled over. “How could the cancer have spread so far so fast?”, she asked one of her doctors. He explained that it is possible the cancer had been too hard to see when it was quite small because of how dense her breasts were. It only became visible when it was larger and by that point it had spread.

The treatment road that Judy faced was a tough one; 12 months of a drug called Herceptin, which helps treat HER2 positive cancers, six months of chemotherapy, and seven weeks of daily radiation after the chemotherapy was done. Her doctor told her this treatment would be intense, long and difficult to tolerate. The good news was that the type of cancer she had tended to be very responsive to this kind of treatment. Understandably, however, Judy was anxious about how bad she would feel and also worried that the treatment wasn’t going to chase the cancer away.

Judy experienced a typical response to her chemotherapy; hair loss, low energy, a bad rash (which was effectively treated), nausea and diarrhea. But she was still able to take care of her daily responsibilities, which included parenting and taking care of daily life. “I really didn’t feel THAT bad”, she reported. “I was out there shoveling snow.” Although she had enough complications that her doctor changed the type of chemo he was giving her, she was still able to function quite well. Nonetheless, by the end of those six months of chemo, she was ready to be done. She counted the weeks and days by writing herself encouraging notes on her calendar, until finally, those days had indeed passed.

Transitioning to Life after Cancer Treatment

There is a level of relief that many cancer patients face when they finish chemotherapy, a feeling that perhaps they are turning a corner to wellness. For Judy, and likely for a lot of other people who have gone through cancer treatment, the celebratory feeling of treatment completion is soon replaced by a worry that the cancer will return. For some cancers, there is nothing left to do after finishing active treatment except good self-care and regular visits to the doctor to ensure the cancer hasn’t returned or no other health issues have arisen.

However, for women with the type of breast cancer that Judy had, it is strongly recommended that they start taking a certain medication that is thought to block those hormones, estrogen and progesterone, potentially preventing the growth of new hormone-positive breast tumors and that they take these medications for between five and ten years. These medications that are given to women who have gone through menopause are called aromatase inhibitors (AI’s). AI’s are used for a number of medical reasons but are primarily administered to women who have been through the menopause. 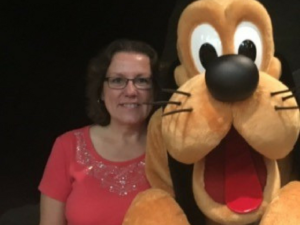 Health care providers and patients want to do all they can to prevent breast cancer from returning. The development of AI’s is considered a meaningful breakthrough in breast cancer science in the last 25 years. But there is a significant price that many women on AI’s pay and that is not necessarily well known to the general public. The side effects of AI’s can be intense and debilitating. They can include joint and bone pain, worsening vision, osteoporosis, fatigue, heart disease, hot flashes, insomnia, headaches and nausea. Not all women who take AI’s have these side effects. But many do, including Judy. In fact, she says that the side effects from her AI’s are worse than her breast cancer treatment: “I felt better when I was on chemo. I feel tired all the time. I have pain in my shins. There are days when I can barely move.”

The downstream effects of these medications are permeating all aspects of Judy’s life, including her relationships with friends and family. One of the reasons Judy moved to Florida was so that she could be close to Disneyworld. She is an annual pass holder and tries to visit several times per month. She recently took her adult daughter there with the hopes of spending a fun day in a happy environment. Instead, Judy’s fatigue and pain slowed her down so much that couldn’t keep up. “I ended up feeling guilty for bringing her”, Judy reflected.

Before Judy started on AI’s, only one of her doctors told her that she might have uncomfortable side effects. She hadn’t known anyone else who had taken these medications, nor could she find much on them through the usual information channels she used. And she certainly didn’t know how poorly she was going to feel. A month after starting her first AI treatment, her knee joints swelled so badly that she had to use a walker to get around the house. Her doctor had her take a one month break to calm the symptoms, but that made her scared that her cancer was going to come back. Soon after, she started a different AI, which still has tough side effects, but her mobility isn’t as limited as it was on the first one.

Support for Women on Aromatase Inhibitors

At one point, Judy tried attending support groups for women with a history of breast cancer, thinking she might get some comfort from other women in her situation. But they did not have the effect that she desired. Instead of feeling uplifted or getting ideas for how to better manage the effects of the AI’s, she felt the opposite: frustrated and more worried. The breast cancer in some of the women in the group had come back, making Judy more concerned about the same thing happening to her.

Despite her pain, fatigue and frustration, Judy still feels it is worth it for her to stay on AI’s. She is working with her health care provider to minimize her pain and fatigue. “I’ll put up with this crap until I’m told I don’t need to anymore. I won’t go off – I’m too worried that the cancer will come back. If I have a shot at doing this, I’ll do whatever it takes. I’m doing it because I’m hoping it’s working.”

When asked what advice Judy would give other women who are struggling with the impact of AI’s, Judy responded:

Have you been affected by breast cancer or another health condition? Sign up to share your experiences with Health Stories Project!

2 responses to “A Tough Pill to Swallow: Taking Aromatase Inhibitors to Prevent a Second Breast Cancer”