Stephen Marchello was born to play ice hockey. Like any sport, plenty of kids show the kind of raw talent that makes them seem destined to play professionally.

What set Stephen apart was his indomitable spirit.

“He just wouldn’t quit,” explains his father, Mario Marchello. “In 8th grade, he went to a hockey tournament in Spokane. There were a bunch of Canadian kids there 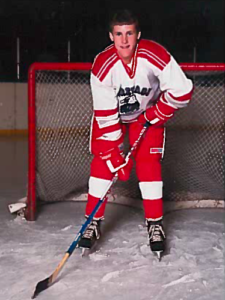 and a lot of them were draft choices for the pros. Before he left, Steve said he wanted to make the All-Star team. That’s a pretty big deal because all of the coaches at the tournament have to vote you in. And you know what? He did it. He was the only kid from his team in Colorado who got voted on. He was that kind of special.”

It’s often when the future seems brightest that we can get blindsided. For Stephen, this came in the form of a hockey puck that smashed into his ankle while he was playing during his sophomore year of high school.

Injuries are part of the game, so Stephen had a cast put on his leg and expected to be back on the ice in a few months. For some reason, though, that ankle just wouldn’t heal.

Growing concerned, Stephen’s doctor began testing for possible causes. The most likely culprit was a bone cancer that was weakening the tissue and causing inflammation.

This particular type is the second most common bone cancer in children, but still only comprises about 1% of all childhood cancers.

If you ask any of Stephen’s hockey teammates, they’ll tell you he was a grinder. He would need every bit of that fighting spirit for the road ahead, which included three major surgeries and a brutal chemotherapy regimen. 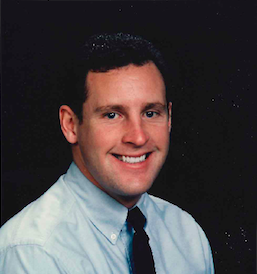 Just like that tournament in junior high, the odds were stacked against him. His doctors feared he would lose his leg and might never play hockey again. Once again, Stephen beat the odds. He pushed through treatment and was back on skates in time to captain his team as a senior.

Stephen’s cancer changed him profoundly, in a way that goes even deeper than bone. It shaped his soul, making him want to help others who were going through their own health battles. He started volunteering at a camp for children with cancer and eventually decided to go to medical school and specialize in foot surgery.

The desire to help others didn’t mean his own struggle was over, though. Stephen continued to receive cancer treatments throughout medical school, often spending entire weekends in the hospital. This didn’t mean he was alone – his classmates often visited him in his hospital room. Surprisingly, it usually wasn’t to help him catch up with coursework. Instead, they often came because they sought help from him.

“One time he was going through chemo and five of the people from his med school class came into see him,” recalls Mario. “They were complaining about how hard a test was, especially one question. He said ‘oh, that’s easy’ and rattled off the answer. He hadn’t even been in class when they taught it.”

A couple of years into medical school, Stephen’s health began to decline rapidly. X-rays showed his cancer had spread throughout his body and he didn’t have much time left. There was one more thing he wanted, however. One last way he knew he could continue to help others. 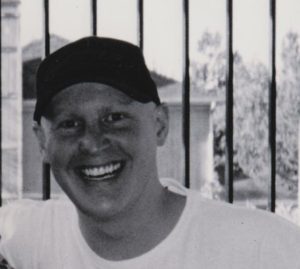 His family had taken out a life insurance policy for Stephen when he was just 1 year old, long before any signs of cancer. Facing the end of his own life, he saw this as a means to help build a future for survivors of childhood cancer and asked his family to establish a foundation to award scholarships. He understood the unique burden they would bear in the wake of their battles.

As beautiful and selfless as his vision was, carrying it out simply wouldn’t have been possible without the efforts of others. Stephen’s parents Mario and Franci brought his “Legacy of Hope” to life and have relied on a dedicated group of friends, board members, and volunteers to help build and oversee the foundation that bears his name.

The organization continues to offer post-secondary scholarships to current year high school graduates who are survivors of cancer in the states of Colorado and Montana, and has awarded over 80 of these since its inception. This helps those who may already be struggling with other loans and securing their student finance to live their dreams and achieve their goals.

To learn more about how you can help support the Stephen T. Marchello Foundation, please visit their website.

If you or someone you care about has been affected by pediatric cancer, sign up to share your experiences with Health Stories Project!