The Health Stories Project Bookshelf: Through the Eyes of a Child

Health Stories Project is about highlighting personal experiences to inspire and educate people about what it’s like to live with specific health conditions. Sometimes these experiences begin very early in life.

A significant number of children and teens are affected by health issues that range from chronic diseases like type 1 diabetes to life-threatening illnesses like leukemia. Younger people can be especially vulnerable to the negative emotions that often accompany illness – feelings like fear, confusion, and loneliness.

Some of them have decided to share their stories to help others who may be going through similar situations.

This edition of the Health Stories Project bookshelf features seven books written by children and teens.  We chose stories we think will help parents understand their children’s perspectives and will help young readers feel that they’re not the only ones facing such difficult circumstances.

These books show that every voice matters and every story can make a difference. 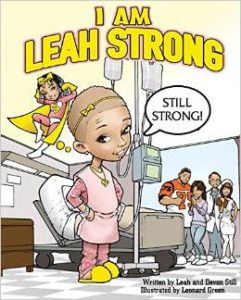 I am Leah Strong, by Leah and Devon Still

Devon Still, defensive tackle for the Cincinnati Bengals, was heartbroken when his daughter Leah was diagnosed with stage IV neuroblastoma. He documented much of their journey with photos and videos on Instagram, especially since Leah loved taking selfies and recording moments. Millions of people began following their story, and many parents going through the same experience asked Still for advice on dealing with pediatric cancer. Still brought those questions to the expert: four-year-old Leah. Together, they decided to create a book to share with other children who need strength and encouragement during cancer treatment. Illustrated by Leonard Green, the 66-page story developed from Leah’s answers to Still’s collected questions also raises money for pediatric cancer research. This past March, Leah’s doctors declared her cancer-free. 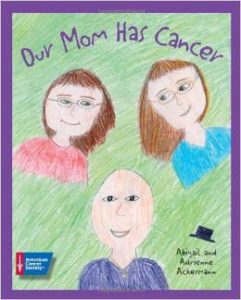 Our Mom Has Cancer, by Abigail and Adrienne Ackermann

When Abigail and Adrienne return home from summer camp, they learn their mother has been diagnosed with breast cancer. Though they don’t know what to expect, they chronicle the family’s experience with humor, honesty, and their own illustrations. They show the hard times (such as the aftermath of chemotherapy), as well as the good (things like “hat parties” and sleepovers with friends). In the end, they recognize some of the positive outcomes of the experience, such as getting to spend more time with their mom and becoming a closer family. 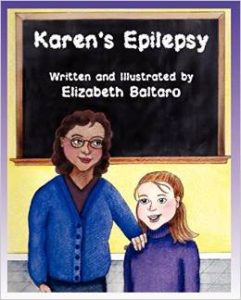 Elizabeth Baltaro was nine years old when she began experiencing the symptoms of epilepsy. Her doctors didn’t find the right medication to control the condition until she was 15. In high school, she created a 28-page picture book as her Girl Scout Gold Award project to help educate others about epilepsy and complex-partial seizures. In the story, Karen’s family moves to a new city and she wonders if her new classmates will accept her as she learns to accept herself. Since publishing this book, Baltaro has become a doctor herself, completing a residency in Family Medicine. 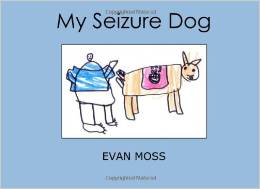 My Seizure Dog, by Evan Moss

Evan Moss began having seizures when he was only a month old. Since then, he has been diagnosed with both epilepsy and tuberous sclerosis complex. In 2012, Evan wrote and illustrated his own book depicting the things he dreamed he could do with the support of a seizure dog. Seizure dogs are helpful companions for those with epilepsy because they can detect seizures before they begin, navigate large crowds, and provide comfort. However, because they are costly to train and purchase, they remain out of reach for many who suffer from seizures. Evan wrote about doing things like eating pizza and going to space with “his” seizure dog. In about a year, the book raised enough money for Evan to purchase a seizure dog not only for himself, but seven other people as well. Evan is also the author of “My Life with TSC,” which donates funds to the Tuberous Sclerosis Alliance. 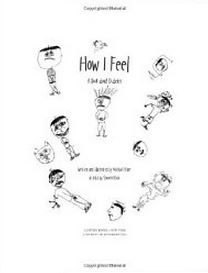 How I Feel: A Book About Diabetes, by Michael Olson (as told by Steve Olson)

When Michael Olson’s brother Steve was diagnosed with diabetes at age 7, the family could find few resources to help explain the situation to children. Big brother Michael, then a third grader, decided to do his own research and create a book. “How I Feel” shares about Steve’s symptoms before diagnosis, and how his life changed after. Steve learns to count carbohydrates, gives up candy, and wears a medical ID bracelet. He also recognizes the importance of being with family members who know how to take care of him. References in the back of the book provide more information about the pancreas and the symptoms of high and low blood sugar with child-friendly illustrations. 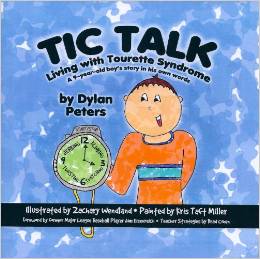 Dylan was diagnosed with Tourette Syndrome at age 4, but he asked his teachers to keep it a secret because he was afraid to tell his friends. In second grade, however, his friends began to notice his tics and ask questions. Finally, Dylan made the big decision to share about his condition with his classmates. With the help of his teacher and his mother, 9-year-old Dylan gave a class presentation about Tourette Syndrome, forming the foundation for this informative book that celebrates uniqueness and supporting others. Major League baseball player, Jim Eisenrich, another Tourette sufferer, writes the foreword, and educator Brad Cohen closes with strategies for working with children who have Tourette Syndrome. 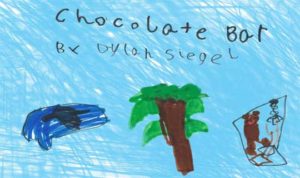 When 6-year-old Dylan Siegel learned that his best friend, Jonah, had a rare genetic liver condition, and that more funds were needed for finding a cure, he took matters into his own hands and wrote a book to help raise money. Dylan refers to his favorite activities, such as going to the beach or the bowling alley, as “chocolate bars.” For him, the biggest chocolate bar in life is getting to help his friend. Since 2012, the Chocolate Bar Book has raised over one million dollars towards a cure for Glycogen Storage Disease Type 1b. They’re a bit older now, but Dylan and Jonah remain best buds.
[tweet_box design=”default”]Every voice matters! Check out these health-related books written by children via @HealthStories[/tweet_box]

What are your favorite health-related books written by children? Tell us about them in the comments below!