Margaret Miller knew early on that something was off about her redheaded baby girl, Gwen. As a one-month-old, she still wasn’t making eye contact. Underweight at birth but seemingly healthy at first, Gwen continued to miss milestones as she got older. She had little control over her body, and even as she approached her second birthday, was more like a three-month-old infant. 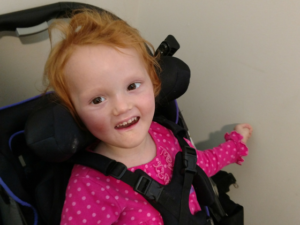 Miller and her husband grew frantic, as one doctor after another failed to figure out what was wrong with Gwen. The Maryland family’s pediatrician sent them to a genetics specialist at Johns Hopkins, where they ran an SNP array to search for abnormal or missing chromosomes. It was inconclusive. Not long after that, she got an MRI. Also inconclusive.

Still baffled, Gwen’s specialists at the Kennedy Krieger Institute ordered a more in-depth test called Whole Exome Sequencing. When the results came back, the Miller family finally had an answer. Their beautiful little girl had pontocellebellar hypoplasia type 1B, a genetic disorder so rare that it was only diagnosable because of a library of DNA that matched her to other cases found in the last few years.

“We were devastated,” says Miller. “We were told our daughter was going to die, that she probably wouldn’t get past early childhood. And it’s recessive, which means if we have another child, there’s a one in four chance of that child having the same condition.”

There’s no cure for pontocellebellar hypoplasia type 1B. The disorder affects the pons, a primitive part of the brain that’s involved in breathing, communication between different parts of the brain, and sensations such as hearing, taste, and balance. It also affects the cerebellum, which regulates motor movements. Hypoplasia means underdeveloped, and type 1B is the variant of the disorder that Gwen has.

Miller hasn’t let the diagnosis upend her family’s life though. “I looked at it as if nothing had changed for us. We’re not doing anything differently.” She makes the most of every day she spends with Gwen, who just turned four years old. “We do our best to keep her happy and healthy. She’s a good girl, a sweetie.” 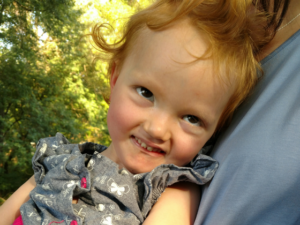 Managing Gwen’s care has involved countless specialists. She’s done oral-motor therapy. Speech therapy. Physical therapy. Occupational therapy. She’s been fitted for wheelchairs and had her vision checked by ophthalmologists. And neurologists regularly screen her for neuropathy as she’s at a high risk for seizures.

Nevertheless, she’s a sunny little girl who recently started going to school. Right across from a typical pre-school, Gwen’s special-needs classroom has five students. “We’re so fortunate,” Miller says. “They have things like power wheels with switches, adapted tricycles, equipment for her to use, and weekly visits to a warm pool. The kids get to interact with same-age peers at the other school.”

Determined that Gwen will have many of the same childhood experiences as other kids, Miller has had to become a creative mom. For starters, she often wears a baby wrap to carry her daughter, who weighs 22 pounds. “It’s so much easier than pushing around her wheelchair,” she says. “I try not to let her limitations stop us from doing what we want to do. If I want to go hiking, we do it. She loves to be outside, just loves it.” 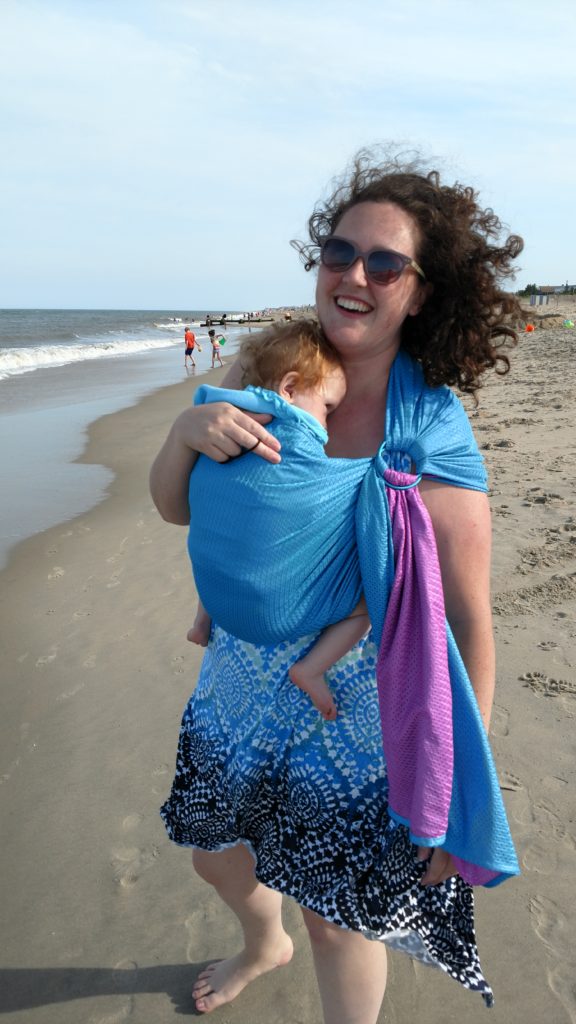 The family does beach outings and meals at restaurants like any other family; it just takes a bit of extra work and a lot of supplies to make it possible. “It’s the most helpful thing for keeping a normal life for us,” says Miller.

She also finds comfort in a Facebook community for families of children with pontocellebellar hypoplasia. “You can go there and ask questions without worrying about other peoples’ judgments or not understanding where you’re coming from,” says Miller. “These parents get it.”

She’s even made a local friend because of the group. “We probably wouldn’t have ever met if not for this group. I appreciate the social aspect, the support in that way.”

Miller finds strength in the way other people cope with their challenges. “It’s hard because it’s pretty regular that we lose one of the children in this group,” she says. “This is a rough diagnosis. But then you’ll hear about a 23-year-old who has it and is still thriving, relatively speaking. That brings a lot of hope to us.”

Five or six years ago, doctors couldn’t have solved Gwen’s case. Now that Gwen is in the genetic library, her DNA will help with future diagnoses and maybe even a cure eventually. “It would be nice to have an answer,” says Miller. “I believe one day it will be something we can do gene therapy on.”

Until then, the Millers will live life like there’s no tomorrow, because Gwen deserves nothing less.

Have you been affected by a rare health condition? Sign up to share your experiences with Health Stories Project!