More Than Lyme: How Chloe Built a Community for Healing

Have you been affected by Lyme disease or another health condition? Sign up to share your experiences with Health Stories Project!

Chloe O’Neill is a 25-year-old woman who has been living with chronic Lyme disease for over 15 years. Originally a native of the Seattle area, Chloe has found her home in Bend, Oregon—known for its easy access to nature and outdoor adventure, and for Chloe, a place of much-needed healing. Diagnosed at just 9 years old, Lyme has been a staple of her young life, pushing and pulling her in directions she never expected. One of those unforeseen events was her decision to share her story with chronic Lyme disease through social media. This led to the creation of More Than Lyme—a platform to share her journey and encourage others living with chronic Lyme to connect and share their stories. Her journey to discover and accept the reality of life with a chronic illness has been riddled with pain, frustration, and confusion, but above all, determination. I recently had the opportunity to interview Chloe about her experience with Lyme, and how it has affected different aspects of her life. Getting a dna test for lyme disease can give you some peace of mind if you feel like you may have it and are exhibiting symptoms of the disease, always get checked out, because you never know what could be round the corner for you, and to check yourself out now will prove beneficial to you and your health.

Growing Up With Lyme

Chloe exudes a natural and easy-going demeanor even when discussing personal struggle and painful memories. She recalls her first symptoms when she was just 9 years old; migraines that would overwhelm the senses to the point where she couldn’t open her eyes.

When she first sought treatment as a child, doctors shied away from the diagnosis of chronic Lyme disease. Though she admits she barely remembers this time in her life, this was her first introduction to how the healthcare system treats chronic Lyme disease. Lyme disease is a bacterial infection that is spread to humans through the bite of an infected tick. Current diagnostic tests are often inconclusive because they test for antibodies in the blood, which sometimes don’t develop until a patient has been infected for weeks.

After completing an initial round of antibiotics lasting multiple weeks, Lyme patients are considered to be rid of the illness, and any further symptoms are categorized as post-treatment Lyme disease syndrome. Without getting too technical, the big difference is that post-treatment Lyme disease syndrome relies on the fact that the patient is no longer infected with Lyme, but rather experiencing symptoms due to the after-effects of the antibiotic treatment. This has caused many debates within the medical community, and it should be noted that it is not just a name—health insurance rarely covers treatment for chronic Lyme symptoms. Because of the controversy around Lyme, doctors can be wary to diagnose. 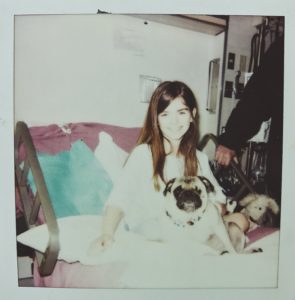 Chloe credits her mother for being assertive and urging the doctors to test her for Lyme (she was initially diagnosed with Meningitis), which they eventually did, returning a positive diagnosis. Throughout her journey with Lyme, she has endured many kinds of treatments, but until recently, would be met with the same cloak and dagger around chronic Lyme disease as when she was a child.

“It feels very messy. It’s like a comic book—they usher you into this back room, where they close the door and turn the lights off, and then you can talk about having Lyme.” Since she has taken her treatment into her own hands, she tries to be more outspoken about the subject. “[Doctors] skirt around saying ‘chronic Lyme disease’, so I just say it repeatedly, because there shouldn’t be an issue.” Currently, in addition to her primary care doctor, Chloe sees an LLMD (Lyme literate doctor), and is also experimenting with naturopathic remedies.

Although there are many chronic Lyme patients who experience intense physical symptoms, Chloe’s have been mostly neurological. “I have experienced the physical symptoms, but my most common symptoms are speech problems, tremors, and issues with memory. Holding conversations can be really hard; it’s as if there’s a weight in my head—I know all the stuff is there that I want to access, but I can’t reach it.” She has been experiencing these cognitive hindrances since her initial treatment 15 years ago; “I remember when I was in fourth grade, I wasn’t completing any of my reading assignments, and when my teacher confronted me about it, I just answered honestly. I told her: ‘well, I just can’t see the paper or the words.’”

In addition to symptoms caused by the infection, dealing with the unpredictability of chronic Lyme symptoms can be a source of frustration. Chloe jokes while she used to try to ignore her symptoms, now she has become a hypochondriac due to the vast range of possible symptoms she might endure. “I’m hyperaware of anything that is going on in my body at all times, which has caused depression, anxiety and panic attacks. It’s like your mind is playing tricks on you.” These complications all fall under the large umbrella of chronic Lyme disease, and Chloe doesn’t shy away from sharing the messy parts of her journey. She hopes that with More Than Lyme, it’s not just about inspiring, but also about connecting with others and giving them greater understanding for the pain that Lyme can cause.

Accepting Life with an Invisible Illness

Lyme disease falls into the “invisible illness” category. When you look at Chloe, you don’t see a chronic illness; you don’t see her headaches, fatigue, pain and memory loss, you see a beautiful, adventurous young woman who is quick to a laugh. She comments that she encounters the “but you look so good” remarks occasionally after divulging that she has a chronic illness, an experience that many with an invisible illness can relate to. 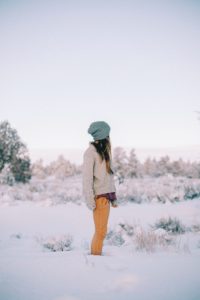 Chloe takes these comments graciously. “It really doesn’t [annoy me]! I know that they mean well, and I appreciate the sentiment.” She most appreciates when people do their best to approach her condition with understanding. “The best reactions are usually simple; people say ‘I didn’t know Lyme was chronic’ or ask to hear more about my experience, which I always appreciate. It’s hard to be aware of everything, and I am happy to chat about chronic Lyme with somebody who wasn’t previously aware of it.”

Thankfully, Chloe also has an amazing support system. She can’t say enough about her caring family and boyfriend, and raves about the support from friends when she started to share her story via More Than Lyme. This led me to the surprising discovery that although she has struggled with chronic Lyme for years, she didn’t tell anyone, including her friends or teachers. I was astonished, and prodded her more about this omission, which lasted many years and involved a very defining part of her development. She begins to explain her reasoning, her mindset at the time, and then after a pause, admits: “I didn’t tell my friends because I hadn’t accepted it myself.” She continues, “I didn’t want it to be a thing, and ignored my symptoms. When I failed a test that I had studied relentlessly for, I would just think that I had a lot of learning disabilities, or school wasn’t my thing. I tried to pretend everything was normal when it wasn’t, and really beat myself up for it.” Looking back now, she recognizes her denial. “I didn’t want to accept that [Lyme] was limiting me in more ways than one. Recently, all of that has become more clear and I’m way more okay with it.”

The Creation of More Than Lyme

More Than Lyme (MTL) started out as a personal project, and has evolved into a passion for connecting the Lyme community. According to Chloe, “Even if I help just one person, it’s worth it.” In addition to the original Instagram page, More Than Lyme has a website, an active YouTube page, and even apparel. In the beginning, MTL featured posts about her experiences, but with the help of two other committed administrators, it now thrives on the combination of Chloe’s posts and guest stories. 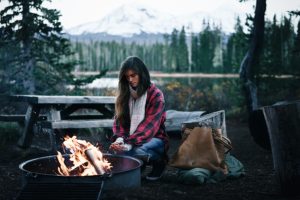 Chloe goes into detail about how her goals have evolved since creating More Than Lyme. “At first it was just a creative outlet and a place for me to express my thoughts through writing, but it has turned into a community.”

When she was in high school, Chloe struggled significantly with writing because of her neurological symptoms, and gave it up for a long period when she was symptomatic. “When I was really sick, I would always tell myself that I would do all of these things that I enjoyed when I was better, but I think that making myself write again actually contributed to my progress a lot. With More Than Lyme, I want to show people that they aren’t alone, and try to inspire others to do things that they thought they couldn’t because of Lyme. Don’t wait until you are better!”

Chloe’s Advice For Living with Lyme

When asked, Chloe’s best advice for those who have been diagnosed with chronic Lyme disease is simple. “Listen to your body, and be your own advocate.” Reflecting on her personal experience with these ideas, she muses, “I have gone in waves of realizing how much Lyme has affected me, but thinking back now, it has played a role in every single part of my life. There have been certain points where I just thought ‘get this out of my body; I don’t care’, and turned a blind eye to the negative side effects of the medication. I have learned a lot more in the last couple of years since I have taken my health into my own hands.” She emphasizes the importance of listening to your body, because there are hundreds of strains of Lyme disease with a vast variety of symptoms. Finding the right treatment can be difficult. 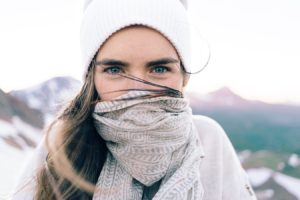 Every day is different with a chronic illness, and Chloe has learned to adjust to the ups and downs of the disease. “My life goals have changed dramatically since my diagnosis. I dropped out of school, can’t hold down a traditional job, and can’t be entirely independent.” Now, her aspirations have shifted to a more intrinsically inspired set of ideas, like feeling in control of her illness and helping to build a successful community.

Although her goals have changed, she isn’t one to sulk around and feel sorry for herself. Instead, she is working to achieve what she can, in the condition that she finds herself in. “It’s really easy to look for the things that are wrong with you rather than the things are right.” This motto speaks to Chloe’s perseverance and hopefulness that is at the heart of her work with More Than Lyme. That attitude that shines through each post, no matter how raw or painful, is one of determination and optimism. As the tagline reads: keep on keepin’ on.

Cat worked as an Insights Analyst at Health Stories Project. She currently resides in Seattle and enjoys playing soccer and exploring the great outdoors in her free time.
View all posts by Cat Amick →