How do you cope with an immensely painful medical condition many doctors don’t even know exists? Long before she knew it, that was the problem facing Maria Martinez.

Early in 2008, Maria and her son were raking in the yard when she noticed a pulling in her left shoulder. By the next morning, the pain was just shy of agonizing, and a battery of tests led her to a neurosurgeon. On March 30, the surgeon, a pioneer of Minimally Invasive Spinal Surgery, tunneled into Maria’s vertebrae, hoping to quell nerve issues behind her still-undiagnosed pain. It seemed like a success initially, but things weren’t quite right. 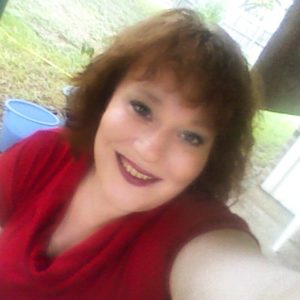 “I kept having these nagging sensations,” Maria explains. “My fingers were going numb and it was difficult to move them. It felt like ants crawling up and down the nerves in my arm.”

Several months later, as the pain intensified, she visited a pain-management specialist for recommendations, but got only another unhelpful diagnosis.

And so Maria lived with the pain. For nearly two years, she continued working as a middle school administrator in San Antonio. The pain was often bad, sometimes borderline unbearable, but she just chalked it up to a normal part of recovery from neck surgery.

All that changed early in February 2010 when what began as a normal day at work for Maria took a very painful turn.

“It felt like somebody walked up and poked me with a hot poker,” Maria recalls. “It was liquid fire. I was instantaneously hysterical with pain.”

Maria’s husband, who was fortunately just minutes away, came to pick her up and transport her to a medical care facility. Her pain management doctor referred her back to a neurosurgeon. By then, whatever had been wrong with the left arm initially was now also affecting the right. After MRI results showed nothing wrong with her neck, Maria was devastated.

“I was in so much pain,” says Maria. “I was worried it was one of those stories where no one takes you seriously.”

In April of that year, Maria was able to see a renowned surgeon operating out of San Antonio. That was when she found out she had complex regional pain syndrome (CRPS), alternatively known as Reflex Sympathetic Dystrophy (RSD), a message the doctor struggled to deliver without breaking into tears himself.

“There was a look in his eyes like somebody died,” Maria says. “He said ‘you’re never going to have your normal life back. This is the new normal.'”

Maria continued to work for the school district until June, but it became increasingly clear she was not going to be able to go back to work after the summer. She found herself at a crossroads.

At 41 years old, Maria felt her life and all the things she’d used to define herself beginning to crumble.

Her daughter was set to graduate high school and her son would graduate the following year. Maria had loved working out, taking long walks with her kids and hiking in the nearby nature park; all of those things were now practically impossible, and she had already lost 20 pounds. She had dreamed of returning to school, earning a degree in psychology and moving on to the next stage in her professional life; that too looked as though it would be on permanent hold.

“I had all these plans and goals,” explains Maria. “This disease stopped that in its tracks. Everything I’d worked for in my life was literally over as I knew it.”

Because CRPS is progressive, the dosage and combinations of medications Maria has taken to manage it have changed frequently. Through the years, she’s used gabapentin, hydrocodone, pregabalin, and oxycodone. She’s tried ketamine in two forms: a rub-on cream and an ingestible lozenge. She’s even tried some herbal alternatives, like kratom, which she could find online on websites such as www.kratomlounge.com, for it’s analgesic properties.

Her treatments have not been solely based in medication, however. In spring 2011, she had a spinal cord stimulator implanted. The device exerts pulsed electrical signals to the spinal cord to combat chronic pain, and it worked wonders for Maria. By that point, the CRPS was impacting her legs, and prior to the treatment, she had shuffled into the doctor’s office clutching her husband’s arm. When the stimulator was turned on, she felt the strength flow back to her legs and she was ecstatic.

Unfortunately, even the most effective combinations of medication and external treatments can only keep some of the pain at bay. And there are still times when the pain is intense; Maria spent most of 2014 confined to bed and in October took a trip to the ER. Overall, she has embraced that even her good days will not be completely pain free.

“It’s not that I’m not in pain, just that pain is manageable,” says Maria. “I can take care of the dogs and water my plants. That’s pretty much what my days look like.”

The last seven years have helped Maria to prioritize her life. She never realized how much her family loved her until she was at her lowest point. Her husband of 25 years has been her rock, and her daughter passed up a scholarship to a university in Oklahoma to stay closer to home. Instead of allowing the things she was working toward to define her, Maria has become more comfortable in her own skin. She says the disease has also made her a “nicer person,” more capable of empathizing with others.

Maria calls herself a quiet advocate, but her efforts have been far from silent.

Now 46, Maria is committed to using the lessons of her trials and tribulations to benefit others. While dealing with her CRPS diagnosis, she sought out a community in San Antonio but was unable to find one. She started a Facebook page to address that problem, and created another one with tips and tricks she’s picked up through years of learning to cope. Through Twitter, she has reached out far and wide seeking to build broader awareness and knowledge of CRPS. For people like herself dealing with chronic illnesses, “social media becomes our lifeline.”

She is optimistic that creating increased public awareness of CRPS, and chronic pain conditions more broadly, will have positive impacts on the communities affected. As chronic pain conditions gain more attention, doctors will be better informed and stronger support communities will flourish. One prominent voice in publicizing CRPS has been Charles Mattocks, the nephew of late reggae legend Bob Marley, whose mother was diagnosed with CRPS years ago. Mattocks is working on a film based on CRPS called Trial by Fire. Check out the trailer below:

Maria encourages those dealing with medical conditions to be their own best advocates, especially in cases like hers when even doctors were uncertain about her condition.

“We have to be proactive,” she says. “We have to know what’s going on. Go home and do some research until you know everything there is to know about your condition.”

It didn’t happen overnight, but Maria has made peace with herself, her body and her life.

“Sometimes we are really hard on ourselves,” she explains. “We blame our bodies, blame our healthcare professionals, blame ourselves. We aren’t defined by what we lose, but just by being us.”

And who is Maria Martinez?

“I am a CRPS warrior. The disease and I cohabitate – it doesn’t own me.”

Have you been affected by CRPS or another health condition? Sign up to share your experiences with Health Stories Project!