Listening to Your Body: How One Man Changed His Life with IBS

The last year has been a good one for Steven Koston. Now 44, the Wisconsin native works in sales and loves to get out on the golf course when he’s not spending time with his wife, Barbara, and their two children. If you met him today, you would never suspect that he has been living with the burden of irritable bowel syndrome (IBS) for over 30 years.

“It goes back just about as far as I can remember, maybe grade school,” he says.

“The bloating, the attacks of diarrhea, the severe cramps.”

For Steven, it started off with what he calls “attacks,” occurring once every few months. By the time he was in high school, it started getting worse. He was having attacks once or twice a week, requiring him to spend a good deal of time in the bathroom and the nurses’ office.

“At one point, we lived a block away from school and I would just go home for a couple of hours while I waited for it to pass,” he says.

When he was 14, Steven went to see his family medicine doctor about his symptoms and was referred to a gastroenterologist. After a physical examination, blood work, and extensive questions about the attacks and whether he ever passed any solid stool, the gastroenterologist told Steven that it was very likely he was suffering from IBS.

To confirm the irritable bowel syndrome diagnosis, Steven’s doctor ordered a number of follow-up tests, each less pleasant than the last.

It started with Steven having to collect his own stool each day for a week – an experience Steven says he never wishes to repeat – so it could be sent to a lab for analysis. Then, he had air pumped into his colon to determine whether he was suffering from leaky gut syndrome.

“I was in horrible pain for hours,” he recalls of the test. “The only thing I could do was walk around for hours to try to get the air to disperse from inside of me. Imagine walking around like Frankenstein’s monster in front of all these people at the hospital as a teenager.” 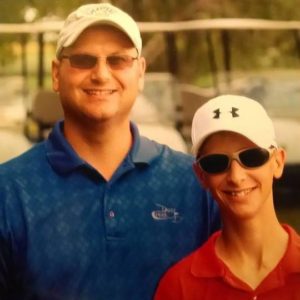 His doctor’s first and best guest of IBS seemed to be the right answer. By the time Steven was in his mid-twenties, he had resigned himself to living with IBS.

“I had to keep a roll of toilet paper in my truck at all times,” he says. “It got so bad, I was having four to five attacks a week. It was almost on a daily basis and I couldn’t link it to anything.”

IBS is often linked to stress, but other than the anxiety caused by the attacks themselves, Steven considers himself a very easy-going person. Not only that, he found that the attacks would come on when nothing unusual was going on in his life, or even during times that should have been joyful or relaxing.

“I even had an attack while on my honeymoon. We were at Disney World and I had to stay close to the bathroom for three hours while Barb tried to enjoy the park alone.”

Try as he might, Steven could never uncover any recognizable pattern that related the attacks to his diet. Sometimes he would eat a certain food and be fine. Other times he would experience an attack after eating virtually the same thing. 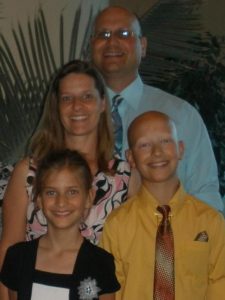 So what changed for Steven?

About a year ago, he was watching a segment on a popular medical talk show that featured a doctor who was discussing food sensitivities that can be harder to detect than allergies and can cause severe inflammation.

Shortly after, Steven went to see his gastroenterologist and asked him whether it was worth trying an elimination diet like the one the doctor on television had described. Acknowledging the potential benefits, his gastroenterologist recommended that he go on a soy-free, gluten-free, and dairy-free diet for three months.

“I decided to go a little farther and take away sugar and processed foods,” he explains. “I became almost vegan, but I would still eat some things with eggs in them. Beyond that, it was basically fruits, vegetables, beans, nuts, and seeds. My wife had to throw out a big bag of stuff from the kitchen. It was extremely difficult. I felt weak and the cravings were terrible. But a friend told me that there was light at the end of tunnel and I had to stay strong and not cheat.”

After about four days, Steven says it felt like something just switched over. The discomfort and cravings subsided and he felt better than he had in twenty years.

Although true elimination diets involve varying periods of excluding certain foods and eventually bringing some of those foods back, Steven decided that he didn’t want to mess with a good thing. He’s remained on his restricted diet for the last year.

“Some people are skeptical and ask me how I can live like this or how I get any protein in my diet,” he says. “People have become so used to all the junk, though. I think so many of us have forgotten what real food actually is. Your body has a way of telling you what it needs – you just have to listen.”

For Steven, engaging with other people online has been extremely helpful. When he was in high school, he remembers thinking he was completely alone with IBS and couldn’t explain to any of his friends why he was missing classes or planned trips. Now he’s able to exchange information through social media to help others and help himself live better.

His advice to them?

“Do your own research. Look up foods that are both inflammatory and anti-inflammatory. Try changing your diet for a week. See what happens, is all. Give food a try.”

Have you or has someone you care about been affected by irritable bowel syndrome? Sign up to share your experiences with Health Stories Project!