Did you know that grandparents make up more than one one-third of the adult U.S. population?

With increased life expectancy and aging baby boomers, we have more grandparents in this country than ever before. And this is a good thing (a perhaps a grand thing), especially considering these statistics:

Cookies and grandparents make the world a better place. But after caring for so many, grandparents often need care themselves. Whether that’s by asking them if they want to move into 55+ apartments or having an in-home carer, there are lots of options. Heart disease, stroke, and cancer are the most common conditions affecting those 65 and older. Dementia and Parkinson’s disease also top the list, these all require a large amount of care.

These conditions can be devastating and require your grandparents to stay in senior care centers so that they can get the help that they need, they don’t diminish any of the love between grandparents and grandchildren.

In honor of this year’s National Grandparents Day on September 13, this month’s Bookshelf post is all about grandparents. These children’s books celebrate grandparents for all the things they do and the memories they leave behind. When the grandparents in these books require care, the young narrators rise to the occasion. Some of these books address grief and loss, while celebrating the ways in which a grandparent’s legacy stays with us forever. 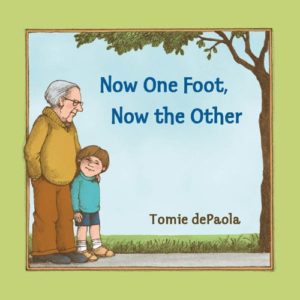 Now One Foot, Now the Other, by Tomie dePaola

Grandpa is Bobby’s best friend from day one. He also teaches Bobby how to walk by holding onto his hands and saying, Now one foot, now the other. When Bobby is five, Grandpa has a stroke. After Grandpa returns from the hospital, he makes scary noises like a monster, and no longer seems to recognize Bobby. Even so, Bobby learns how to take care of Grandpa and to understand his speech. As Grandpa slowly recovers, Bobby is the one to hold his hand and help him walk. ?? 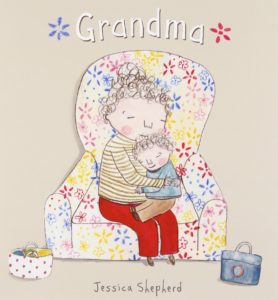 Oscar loves hanging out with Grandma. Even when they have to do dishes, Grandma makes it fun. When Grandma becomes forgetful and needs help with activities, Oscar?s dad tells him that she will move to a new home where she can be cared for. When Oscar visits her, she sometimes behaves strangely or yells at him. Oscar learns about dementia and how it is affecting his grandma. He still feels that she is the best grandma in the world, and realizes that she will be happy and safe with her new friends at the nursing home. Told in Oscar’s own words, this book includes educational material about dementia. 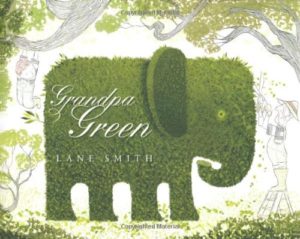 Some grandparents we never really get to meet, but we can still hear their stories. In this book, a young boy explores his Great-Grandpa Green’s garden of topiary trees, all of them trimmed into the shapes of his memories. There are trees that tell of his childhood on a farm, of the time he got chickenpox, and of the first time he saw his wife. There are also trees that represent all of his children and grandchildren. Although Grandpa Green has begun forgetting things, his trees remember the important stuff. 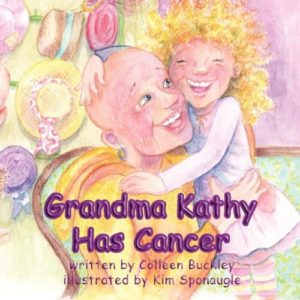 Grandma Kathy has been diagnosed with cancer, but she can still have fun with her granddaughter. When they go to the movies or the grocery store, she wears a mask or a hat and wig. She sews her granddaughter an award-winning Halloween costume and attends Grandparents Day at school. When she doesn’t feel well and has to go to the hospital, her granddaughter cheers her up by rubbing and tickling her head, sharing her chicken soup, and lending her a teddy bear. 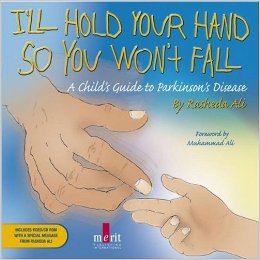 I?ll Hold Your Hand So You Won?t Fall: A Child?s Guide to Parkinson?s Disease, by Rasheda Ali

This book addresses the questions children most frequently ask about Parkinson’s disease. Child-friendly illustrations and language are used to discuss the symptoms and how they may affect loved ones. Dialogue is encouraged through descriptions of different situations and open-ended questions. Each page also includes medical facts and terminology for children who want to know more. Author Rasheda Ali was inspired to write this book by her children’s interactions with their grandfather, former professional boxer Muhammad Ali. 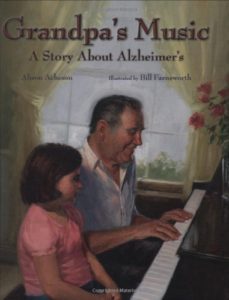 Grandpa?s Music: A Story About Alzheimer?s, by Alison Acheson

When Grandpa develops Alzheimer’s disease, he moves in with Callie and the rest of her family. Callie’s parents make a chart to help everyone remember their responsibilities. Callie decides that Grandpa will also have the job of making music. After Grandpa’s condition worsens, he moves to a nursing home. Even so, he continues to play the piano, and when he forgets the lyrics, Callie helps by creating their own. 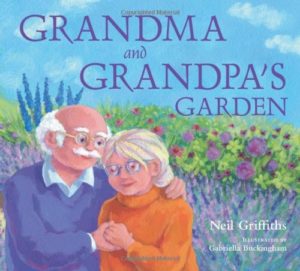 Lucy loves visiting Grandma and Grandpa’s beautiful garden. Unfortunately, Grandma becomes ill and passes away in Grandpa’s arms. The garden soon becomes overrun with weeds. With Lucy’s help, Grandpa is able to find the energy through his grief to tend to the garden again. Lucy and Grandpa remember Grandma in the roses that are red like Grandma’s cheeks and the forget-me-nots that are as blue as her eyes. At the end of the book, a grown-up Lucy reassures Grandpa that the garden will keep his memory alive as well.

How do you communicate with your children about the health issues that grandparents often experience? Share in the comments below.

Diana was a finalist in the 2015 Narrative 30 Below contest, was born in Hebei, China, and earned a BA in journalism from Northwestern University and an MFA in creative writing from the University of Montana. She lives in Seattle and believes in the power of storytelling for making connections and understanding health experiences.
View all posts by Diana Xin →