How Hard Work and Support Helped One Woman Cope with PTSD

Rain Blu was a young mother working as an emergency services dispatcher when she began to experience debilitating anxiety and bouts of dissociation. She’d get stuck in high panic mode for days on end. She started to wonder if she were going crazy. 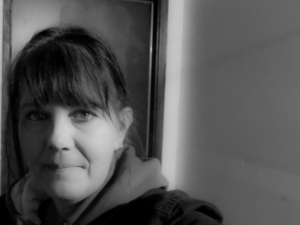 “I got lucky,” she says. “I called the emergency room one night and told the nurse my symptoms. He said it sounded like an anxiety attack and that they’d take care of me if I came in.”

After she got her acute symptoms under control, Rain Blu was referred to a 12-week anxiety class, and also did five weeks of biofeedback sessions. “And then I went on my merry way,” she says. Things were fine for several years until she had to deal with the stress of a divorce, the loss of her job, and a bitter custody battle. She called her health provider and told them she needed help.

In 2002, she was diagnosed with post-traumatic stress disorder, or PTSD. The severe anxiety had been a symptom, not the root problem. “I’m a survivor of extreme childhood trauma,” says Rain Blu, who had spent many years trying to cope with her past on her own without much success.

The Washington State resident was referred to Lutheran Community Services Northwest, a nonprofit human services organization, which provided her with a lifetime grant that will cover counseling if she’s ever unable to afford it. She spent five years in therapy with two years of hard-focused counseling following her diagnosis.

PTSD is a disorder that can develop after someone endures a shocking, terrifying, or dangerous event. Following a trauma, just about everybody will experience some kind of initial reaction. Many people recover fully on their own, but for others, PTSD symptoms continue as a short-term acute condition or an ongoing one that can last for years. 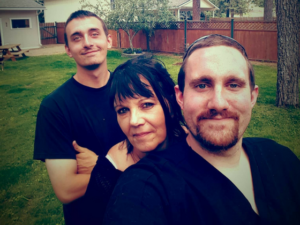 To be diagnosed with PTSD, an adult must have symptoms from each of the following categories: re-experiencing (flashbacks, bad dreams, frightening thoughts); avoidance (staying away from places, pushing back thoughts and feelings related to the trauma); arousal and reactivity (feeling on edge, being easily startled, difficulty sleeping, anger); and cognition and mood (memory issues, negative thoughts, distorted feelings of guilt and blame, and a loss of interest in activities).

For Rain Blu, everything made a lot more sense with a diagnosis in hand, especially when her counselor suggested she might have complex post-traumatic stress disorder, or C-PTSD. “People with PTSD often have it from one traumatic event, or two, but those of us who experience trauma for longer periods of time – like prisoners of war, childhood trafficking or domestic abuse victims – can fit the criteria for C-PTSD, which is a little different.” 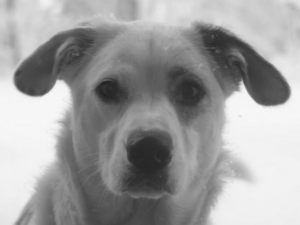 Today, 15 years after her PTSD diagnosis, Rain Blu has an impressive array of coping mechanisms, as well as a companion dog, Solo, an Australian shepherd and yellow lab mix that she brought home seven years ago as a tiny pup. “That relationship is very close,” says Rain Blu. “She’s very sensitive to when I get upset or anxious and keeps me from extended depressive moods.”

Rain Blu regularly practices deep breathing, as well as other skills in her “tool belt” like mindfulness and stop-thoughts. “One thing people with PTSD love to do is have racing thoughts,” she explains. “That gets us nowhere, but we’re commonly hyper-vigilant, worried about things that haven’t happened and probably won’t happen. We rarely ever feel safe. It’s constant work, every single day, if we want to live outside the small box we put ourselves in.”

Despite the challenges, Rain Blu has thrived. She went back to college at 40 years old, earning a Bachelor’s degree in Humanities with a Psychology minor, and now, at 54, she’s in her last class to finish her master’s degree in Organizational Leadership. 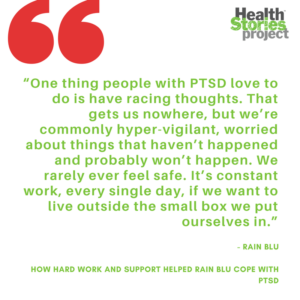 “I work with the poor and the marginalized populations,” says Rain Blu, who started a new career position in early October. She acts as a teacher and case manager to low-income and homeless populations at a local nonprofit, work she describes as rewarding.

“I’m extremely empathetic,” says Rain Blu. “I’m very sensitive to other peoples’ feelings and what they’re going through. I’ve always been understanding like that.”

In her spare time, she’s actively involved with an online PTSD group that has thousands of members and manages her own private group called RAIN. “I’m a support system,” says Rain Blu, who learned a lot from mentors when she was first diagnosed with the condition. “We check in with each other and we try to make sure they’re safe if they do reach out. In both groups, we all wrap our electronic arms around each other, so no one feels like they are going through things alone and they feel loved and wanted.”

Have you been affected by PTSD or another health condition? Sign up to share your experiences with Health Stories Project!