Beth Morton was in her mid-30s on the cusp of finishing her PhD when the chronic migraines began. At the time, she was no stranger to debilitating migraine attacks — she’d been having them a couple of times a month for two decades. But as she was wrapping up her doctorate in social sciences while working, her attacks became aggressively more frequent and severe.

“Research is my background and passion,” says Morton. “And I had to put it mostly on the sideline.”

When she says “mostly,” she’s being modest. Though Morton depends on disability benefits and doesn’t have the busy research career she planned for, she’s still put her skills to excellent use. “I’ve taken to researching my own health as a pet project,” she explains. “Going through all these treatments and researching them is a good fit for me.” 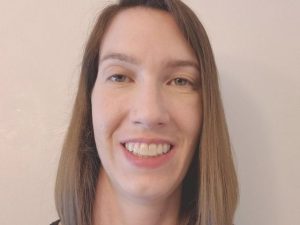 She chronicles her experiences on her blog, The Counterfactual Brain, the name an inside-baseball nod to research studies with randomized subjects. “I always think of an experiment when I’m trying a new treatment,” says Morton. “It would be nice if I could clone myself and one of me takes the treatment and the other doesn’t and I could see what happens in both versions. Then I’d know if it was because I took the treatment or some other variables.”

Morton, who lives in Vermont and also leads the “#MigraineChat” group chat on Twitter; (The chat takes place the first Monday of every month at 1pm ET), is particularly interested in researching the transition from episodic migraines to chronic ones. Though the statistics vary, studies suggest that as many as 12 percent of Americans suffer from migraines. Of those, an estimated four percent endure chronic migraines. “It becomes an entirely different beast of feeling like your entire body is involved,” says Morton.

“I have symptoms all the time; some level of head pain and light sensitivity all the time.

About four or five times a week the pain spikes into what I’d call a true migraine attack. Everything ramps up and I get additional symptoms like brain fog and GI symptoms; at that point it’s a struggle to be upright. When one of these bad days hits, it’s debilitating. And four or five days of being non-functional? Well, I’ve had better periods and I’ve had slightly worse ones. Though right now I’m having one of my worst periods.”

Early on, Morton realized that many other patients didn’t necessarily have her particular skills. “Because of my background, I was pretty quick to understand the research and get up to speed on treatments and to advocate for myself. But I saw that other patients didn’t have the same level of research literacy or the time to devote to it. I felt well enough to take on some advocacy work and started volunteering for different organizations. I got on Twitter and started tweeting and retweeting research articles and doing the chat.”

Morton had seen other chronic illness communities spring up around hashtags on social media and noticed that the hashtag “#MigraineChat” had been quiet for a couple of years. “I contacted the person who used to host it and she no longer had the capacity to do it so I took it over about a year ago. It’s grown into a pretty good recurring group. It’s been a good community builder and outlet for me. I think I enjoy it as much as anyone.

One frequent topic of conversation is stigma.

Because migraines range from relatively mild to life-altering in severity, not everybody knows how debilitating the condition can be when it’s chronic. “It’s important to raise awareness about the need for funding and research,” says Morton. Migraine stigma, she says, affects everything from the self-esteem of sufferers to the money available for research. 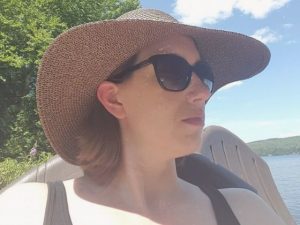 Stigma comes in many forms. “Like migraine is my fault. I could be working harder. It’s just a headache. You just haven’t found the right treatment or it’s a woman’s disease,” says Morton. “You see it in the ads. You see it in the fact that migraine is significantly underfunded compared to other diseases with the same level of disease burden. That leads to things like fewer specialists, fewer drugs in the pipeline, and less interest in drug development.”

The chat group has also recently discussed comorbid conditions like depression and anxiety and how to navigate difficult social situations around the holidays.

For Morton, advocacy is an important form of coping. “It feels like an outlet,” she says. “It feels like I’m still being useful, using the research skills I went to school forever to learn and it’s not a waste.”

On really bad days, she finds other ways to deal. “It’s a lot of Netflix and really low-key stuff. I’ve dabbled in some art like drawing and painting. I tried to knit and am terrible at it but I’ll try to pick up and make a bad scarf. My cat Sophie is a good nurse when I’m in bed. Even chatting with people online that I’ve met who also have migraines. Connecting with them is helpful. Other than that it’s distraction and mindfulness.”

So far, none of the advanced new treatments Morton has tried have worked. “There’s always a little hope but I’ve tried a lot,” she says. “I’m hopeful that there’s a lot of research going on and they’re finally doing targeted research on migraine causes, which might lead to better drugs.”

In the meantime, using her skills to help others gives her purpose.

“Migraines are on a spectrum; they’re not just episodic or chronic. They can be debilitating if you get one a month or one every day. It can seriously affect your work and family and social life. It’s a disabling disease that affects millions of Americans.”

Do you have a passion or hobby that would benefit folks with your condition? Share your story with our community by responding to the Health and Hobbies story request.