Maeve Rochford is one tough cookie. The owner of San Diego’s popular Sugar and Scribe Bakery trounced her competition on the second season of Food Network’s Holiday Baking Championship, which aired in late 2015. Before winning the title, though, she touched viewers during a candid on-screen moment. Every victory she achieved was especially sweet, she explained through tears, because in college she wasn’t even sure she’d survive a rare kidney disease called membranoproliferative glomerulonephritis. 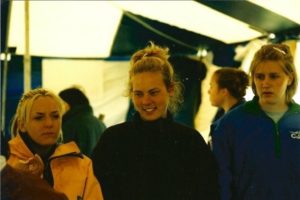 Rochford first knew something was wrong when she failed a mandatory drug test in 1998. Then a 19-year-old star athlete on a NCAA rowing scholarship at Boston University, she never drank alcohol, much less touched the harder stuff. She then proceeded to undergo regular testing using the services of this drug testing Hartford CT offers, as well as other locations to recheck the results, all of which she failed. Her protein level tested 600 times normal. At Boston Medical Center, the general practitioner immediately sent her to a specialist, who ordered an invasive kidney biopsy. He returned with devastating news: Membranoproliferative glomerulonephritis (MPGN). There are two types of MPGN; Rochford suffers from Type II, a rare and more aggressive form of the disease. MPGN causes an inflammation of the capillaries that filter waste in the kidneys and can lead to renal failure or even death in some cases.

“My life as I knew it would change,” says Rochford. “The carefree days of my past were over. The doctor wasn’t even sure if I should stay in Boston or go home to my family in Cincinnati.”

Rochford left the hospital feeling dazed, forgetting that she’d driven and walking three miles back to her dorm. The doctor had also informed her that she’d never be able to have children. Her body simply couldn’t handle the stress of it.

“I was so distraught,” says Rochford, who comes from a close all-Irish clan. “I felt like the worst daughter. I felt completely worthless as a female. I had done everything right. I followed all the rules and regulations. How could this happen?”

She didn’t know how to tell her family the news, but her doctor, concerned about her reaction, already had phoned her parents in Cincinnati.

“My phone rang and it was my mother,” says Rochford. “I could tell she knew. I started crying. She asked if I wanted to come home and I said no. This is not going to be part of my life. It’s just something in the background. She immediately supported me.” 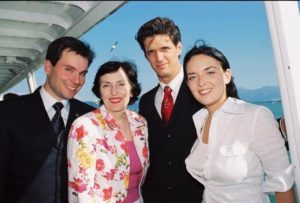 The next few years were a challenge that Rochford accepted with grace and fortitude. She continued to attend college full-time because her scholarship covered four years. She worked part-time to keep up with other expenses, including health costs. And she stuck out 5am practices on the cold water, steering her Division 1 rowing team as coxswain and even landing a “One to Watch” spot in Women’s Sports Illustrated.

She achieved all this while suffering from chronic edema and neuropathy, both common symptoms of MPGN.

“Neuropathy is known as phantom pain but I assure you there’s nothing phantom about it,” says Rochford, who estimates she spent three to four months in the hospital in the year following her diagnosis. “I was taking so many medications, including steroids. I had ‘roid rage, so I had to learn how to handle being angry all the time. And steroids can cause weight gain, so I had to monitor every single thing I ate to maintain my coxswain weight.”

Staying so busy proved a welcome distraction for Rochford, who adds that keeping things in perspective also helped. 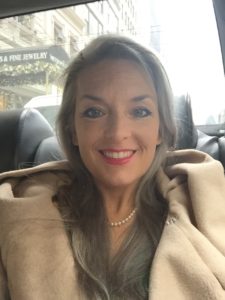 “The dialysis department was right next to the children’s chemo ward,” she says. “There’s nothing like seeing little kids sucking it up to make you keep your mouth shut.”

Mostly, she relied on inner strength and didn’t let her doubts and fears take over, an attitude she’s embraced for 18 years now. “Mentally I became a fortress,” she says. “Nothing is going to deter me from what I want. Nothing.”

Rochford’s can-do spirit definitely was on display during the Holiday Baking Championship, especially when she swept both challenges in the reality show’s riveting final episode. But tenacity is also part of Rochford’s daily life, whether it’s running her business-which the entrepreneur hopes to expand with a line of colorful candies and women’s culinary apparel-or maintaining healthy habits. 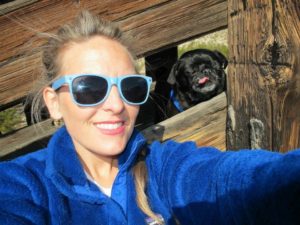 “If I ate fast food and drank alcohol, I’d be in kidney failure by now for sure,” she says. “All of us would love to sit on the sofa and eat a big piece of pizza sometimes. But I have to plan my emotional eating breakdowns. I need to make sure I eat fresh veggies and fruit for the rest of the day and acknowledge that I probably won’t feel very well after the salty pizza.”

In addition to following a strict diet-no easy feat considering the offerings at Sugar & Scribe, which serves sweet treats along with savory breakfast and lunch menus-Rochford stays active with her husband Andrew, who has a background in kinesiology.

“He’s my best friend and the opposing calm for my fire,” she says. “When I’m tired, he’ll go on a walk with me or to the gym, or we’ll soak in the hot tub.”

And while fatigue and other symptoms sometimes get her down, it’s been a long time since Rochford let her diagnosis affect her outlook on life.

“I always tell people that you shouldn’t be afraid to jump. Somewhere between where you jump and where you land, you do grow wings. You’ll figure it out. You’ll make it work.”

Have you been affected by kidney disease or another health condition? Sign up to share your experiences with Health Stories Project!