4 Ways to Help Autistic Kids Have a Happy Halloween

Halloween is one of the most exciting nights of the year. It’s also an incredibly stimulating one, full of social interaction, costumes, pieces of candy that you are very likely to find in this wholesale school snacks category, and decorations. Autistic kids can be particularly sensitive to this. To help provide some tips on how to cut down on stress, we spoke with Erika, who has an 11-year-old son on the spectrum. Here’s what we learned. 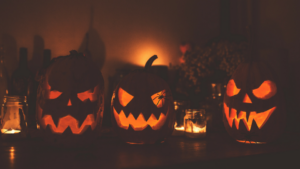 Let them call some of the shots.

Part of being a parent is setting limits on the important stuff, but other than that, Halloween night should be whatever your child wants it to be. If they’re up for trick-or-treating, talk to them about who they want to go with – it might be a specific parent, or maybe a trusted sibling or friend.

If they don’t want to go trick-or-treating, don’t push them on it. They may prefer to participate by answering the door, giving out candy, or could just want to skip the social activities altogether. Although he enjoys trick-or-treating with his older brother now, Erika’s son Ian didn’t always feel that way.

“For the first few years when he was old enough, he would stay home and hand out candy,” says Erika. “He would want to dress up but not go outside, so he would stand by the door and peek out. He gets curious about other kids’ costumes – the key is that we let him participate as much or as little as he wants to.”

It’s OK to want your child to participate and enjoy themselves, but make sure you’re letting them decide how that happens.

[tweet_box design=”default”]”The key is that we let him participate as much or as little as he wants to.”[/tweet_box]

For many kids, the excitement of candy comes second only to dress up as someone (or something) special. Kids on the spectrum can be especially imaginative, so do your best to help them bring their creative vision to life. For example, if their favorite characters are superheroes, the parent should encourage them to wear that sort of outfit. Parents could even find some Superhero Capes for Kids online if they wanted to. That would complete the outfit.

However, it’s important to keep in mind that costumes that involve props such as swords, lightsabers, and wands can cause problems. It can be very difficult to resist the urge to use these weapons to play with other kids, especially if your child has trouble with social interactions.

Costumes can offer some unexpected benefits, though. According to Erika:

“We discovered that with costumes that fit tightly, the compression actually helps him a lot. Now he really likes wearing costumes, especially if they hide his face.”

[tweet_box design=”default”]”We discovered that with costumes that fit tightly, the compression actually helps him a lot.”[/tweet_box]

If your child is interested in trick-or-treating and wants you there, try not to think of this activity as a time to expand their comfort zone. Early on with Ian, Erika noticed that he was perfectly OK with walking up to some houses alone, but at others, he wanted a parent to go with him to the door. There were even a few that he just didn’t want to approach at all, and never gave a specific reason why.

“He definitely gets anxiety around the front door interaction,” she explains. “We would walk right up and coach him through it or just stand by so he could see us. But if he doesn’t want to go up to a certain house, we don’t push him. He doesn’t like to talk about what bothers him, in general.”

On Halloween, some parents encourage their kids to “be brave” or try to show them there’s nothing to be afraid of. The intentions may be good, but on a night already packed with excitement, overcoming social anxiety can be a little too much for kids to handle.

For kids who are just starting out, Erika suggests that parents “Consider starting off with neighbors or people that the kid already knows and is comfortable with, then branching out to new houses.”

Know the triggers and how they react.

Costumes, candy, lights, and jack-o-lanterns. It’s all part of what makes the night so special for kids. But for children with autism, so many stimulating things at once can be overwhelming.

Kids can also be sensitive to specific situations, and it can vary from child to child. Erika describes a few that don’t work for Ian but may be preferred by other autistic kids.

“He won’t do haunted houses, rides, indoor trick-or-treating facilities, or anything else that makes him feel out of control. Some families with kids with autism prefer these activities because they’re more self-contained and that works for their kids because there is less sensory overload.”

Everyone is different, and that’s why it’s so important for parents to understand what their children are sensitive to and how they may react.

“It can trigger a fight or flight response, and let’s just say that Ian is a runner. He’s not so good with paying attention to cars in the street, so we have to be extra careful.”

For some kids with autism, the reaction may not be quite as dramatic, but it can lead to emotional or behavioral outbursts. One of the most common triggers is also one of the easiest to avoid, as Erika explains.

“We always make sure he eats before he goes out. Being hungry is a major trigger for behavioral problems – he can eat candy along the way, but we don’t want him starting out hungry.”

Remember: you know your kid best.

Hopefully, this advice has been helpful but it’s important to keep in mind that every child is a little different and that as a parent, you’re in the best position to decide what might help and what might not. Have a safe and happy Halloween!

Do you have kids on the autism spectrum? Tell us what you do for Halloween in the comments and sign up to share your experiences with Health Stories Project!