A Life with Cerebral Palsy is a Life in Motion

If you look at Mark Turan’s Twitter feed, you would probably never guess that anything is unusual about him. Well, except maybe his infatuation with the NFL’s Washington Redskins.

If you saw Mark walk across the street, you might think differently. A 43 year-old father from Long Island, NY, Mark was born with cerebral palsy (CP), a group of disorders that affects his ability to move and maintain posture. 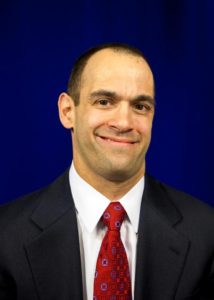 “I do a lot of extraneous motions when I walk, but I manage,” he explains. He also manages living with scoliosis, an abnormal curvature of the spine, caused by the constant motion and tension of his muscles.

CP affects the way he talks, something he explains to me at the outset of our conversation.

“My speech pattern isn’t the most clear. That’s one of the main issues. When you have a disability that affects your speech, people think you’re intellectually disabled,” he says.

One thing CP doesn’t affect is Mark’s ability to communicate by typing (although his hand-writing is, by his own admission, quite terrible). He is very active on social media, which is where we first met. He’s also a natural communicator, something that led him to major in public relations and his current job as a Public Information Specialist for the County of Nassau.

Mark’s health issues can be traced back to the day he was born – five weeks prematurely, to be exact. It wasn’t an easy delivery and forceps were used to extract him, causing heavy bruising to his head. Before he was even a year old, his parents took him to see doctors because he wasn’t hitting standard developmental milestones, something that all parents look forward to seeing their child achieve. They were first told his delays might be caused by athetosis, a condition that can also create tremors, but it soon became clear that he was suffering from CP. 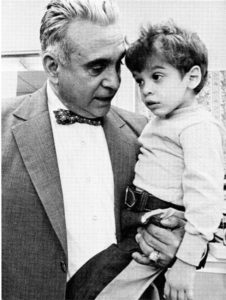 Mark was lucky: his parents lived near a school that focused on children with disabilities. From the time he was three years old, until he turned fourteen, Mark caught a bus that took him to the Henry Viscardi School, an institution that could provide him with the resources he needed.

When Mark finished the eighth grade, he let his parent know that he wanted to go to public school. He didn’t get any resistance from them. “They always made it clear to me that my disability shouldn’t prevent me from doing anything,” he says.

In fact, they helped make sure of it. He recalls spending hours with his dad, who would throw tennis balls to him from the back deck of their house in order to teach him to catch and throw properly. It was an important lesson, one that helped him develop the understanding that he needed to work at least twice as hard as non-disabled people in order to be taken seriously.

His children have also helped cast his CP symptoms in an interesting light. “At one point, they were mimicking my movements because they thought that’s just how it was done,” he explains. Simple things, like the way he walks or how he picks up a bottle to drink.

“Because of all the motion, I’ve had people ask me, ‘how do you deal with that?’ What I tell them is that I don’t know any other way. This is my life, you know?”

Sometimes that life is disrupted by things the rest of us don’t pay as much attention to. Things like the temperature outside. 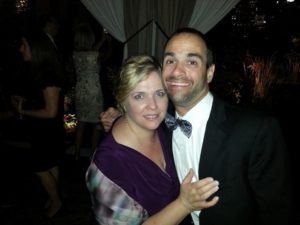 “The cold weather isn’t good for me at all,” he explains. “When it’s cold out, I turn into the tin man – I can’t move at all. I tell my wife all the time: when I retire, I want to move somewhere warm.”

Just as the cold causes Mark to stiffen up, heat has the opposite effect, helping to ease his symptoms. It’s why he’s turned to heat therapy, a practice that involves his chiropractor using hot towels and massage to relax his overactive muscles.

Throughout his life, Mark has connected with many other people who live with disabilities.

“We talk, we joke. Sometimes we tease each other about our disabilities. There’s a whole subculture around disabilities. Like any minority group, we gravitate to one another. I’m still friends with many, but I’ve lost too many friends to diseases like muscular dystrophy,” he explains.

He still keeps in touch with friends he made at the Henry Viscardi School, and continues to make new ones through groups on Facebook and Twitter. It was actually through one of these friendships that he met his wife, Loraine.

While attending the wedding of one of his friends (the groom) who has spina bifida, Mark was seated at a table with Loraine, a friend of the bride (who has CP). They struck up a conversation immediately and made each other laugh throughout dinner.

The two started dating and married about two years later. Loraine, who is not disabled, shares her perspective on how their relationship is sometimes perceived by others. 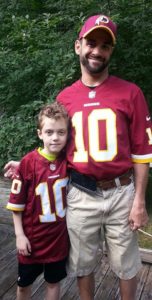 “When we were getting serious, I always knew that I would be living with the frustrations and circumstances of living with CP,” she says. “We face situations all the time where people don’t think we could be married. When Mark was putting up Christmas decorations, our neighbor asked me if he was my son and was surprised when I told her he was my husband.”

“When we bought a car, we tried out a little experiment;” says Loraine. “Mark would go into the dealership first and more often than not, the sales people wouldn’t really engage with him. I would come in about five minutes later and they would approach me right at the door.”

Sometimes when they’re eating at restaurants, servers will direct all of their attention towards Loraine or speak to Mark as if he’s mentally disabled. The behavior isn’t necessarily malicious, but it still has a personal impact on him, as it would with anyone.

It helps to find humor, though, and Mark occasionally tries to use CP to his advantage.

“Sometimes he’ll try to weasel out of taking out the garbage, but I’ll call him out on it,” jokes Loraine. “Is that a CP thing, or a lazy thing?”

When it comes right down to it, Mark doesn’t let CP stop him from doing anything that’s important to him. That’s a message he wants to send to others who are living with a disability.

“Do the best you can and don’t ever let anyone tell you that you can’t do something. You can do anything you put your mind to,” he says.

This goes for parents of children with disabilities, as well. 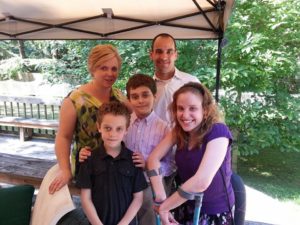 heir way. Don’t assume they can’t do something. Let them try things. Don’t coddle them or overprotect them. I’ve seen parents further disable their kids by limiting their independence.”

Funny how this advice applies to non-disabled people as well. That’s because we’re not different when it comes to the things that really matter. Wanting to achieve our hopes and dreams. The desire to make friends and spend time with people who make us happy.

Nonetheless, CP is an important part of Mark’s identity and he acknowledges the positive role it’s played in his life.

Have you been affected by cerebral palsy or another health condition? Sign up to share your experiences with Health Stories Project!