When you suffer from a chronic illness, it’s natural to feel negative emotions sometimes. The problem is when those emotions take over your life. Just ask Davina “Dee” Conner. After she learned she had HIV in 1997, she hit a low point. For a year, she grappled with depression and drank all day. She felt nothing but negativity about her positive diagnosis. 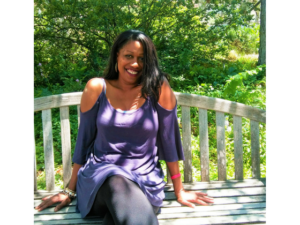 Today things couldn’t be more different. Conner has devoted her life to working as an advocate for the HIV community. On her blog and across social media, Conner is known as Pozitively Dee, a clever name that alludes to her diagnosis and optimistic attitude. She talks about the issues facing people who are HIV positive on her live call-in talk radio show, “Pozitively Dee’s HIV/AIDS Discussion.”

She also serves on the steering committee of the Prevention Access Campaign’s U=U, which aims to change the perception of HIV with science-based information. Conner is also co-chair of the Positive Women Network (PWN-CO) in Colorado, an advocacy organization for women diagnosed with HIV and their allies. And last year, she even started her own 501c3 non-profit called Poz Haven Foundation.

What makes Conner such a powerful advocate is her refreshing frankness. When she tells you about her life, she doesn’t sugarcoat it. She went through some very hard times — and she thinks people can identify with that..

“Being diagnosed is no joke,” she says. “It had me so messed up mentally. I just didn’t care anymore.”

Conner met the man who gave her HIV when she was 17. The couple stayed together for a decade and had a daughter together. Three months after they split up, when Conner was 27, she found out she was HIV positive. 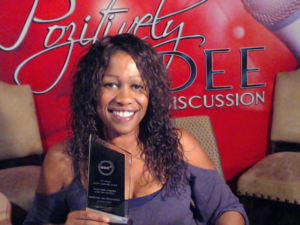 She’d only gone to the doctor for a cancer screening after her twin sister had been diagnosed with cervical cancer. While she was there, she figured she might as well have the doctor run other tests just in case, including checking for the usual STDs.

“I had been in a long-term relationship,” she says. “Nobody thinks they’re going to get HIV.”

She was alone at the doctor’s office when she got the shocking news. “I sat there for about an hour, crying, before I left. I didn’t get any information on services, clinics, nothing. It took me about three months to find a clinic because I fell into a deep depression. I thought I was going to die. I thought I was going to leave my baby girl alone without her mommy.”

The meds she was put on made her ill. “There were so many pills,” She says. “I was always sick. Always throwing up. My head hurt, my mouth was dry, my tongue was dry.”

Alcohol, she discovered, made her feel better than the cocktail of pills she had to take every day. “I messed up my meds by drinking and not taking them regularly. I became resistant to a whole group of meds.”

Her treatment options were suddenly very limited. “That scared me,” she says. “The drinking stopped — it just stopped. I’ve been on my meds ever since.”

Everyone in Conner’s tight-knit family knew about her diagnosis from the start and fiercely supported her, which helped ground her and rediscover her positive outlook on life. 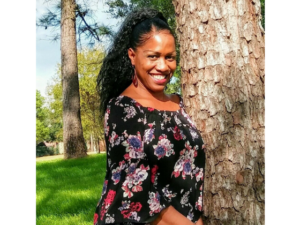 She met and married an HIV-negative man and had a second daughter, who was born HIV negative. “I found a doctor who specializes in pregnant women with HIV,” says Conner. “She told me that if I took my meds exactly like she said, my baby would not be born with HIV.”

Then one afternoon she was listening to an online radio show about “seriodiscordant” couples — that’s when one person in the relationship is HIV positive. She called in and impressed a producer, who helped her develop her own show, “Pozitively Dee’s HIV/AIDS Discussion.”

“It started out with people sharing their HIV stories,” she says. “Then I reached out to organizations, doctors and nurses, and authors who wrote books about their diagnosis.”

She knows how lucky she is to have a strong support network, which includes her two adult daughters. She’s heard plenty of stories about people whose families pushed them away. “I cry every time I hear someone’s story,” she says. “I can relate to all of them because I’ve been diagnosed too.”

Her message is getting through. Her radio show was selected as a 2017 recipient of the ADAP Social Media Campaign Award, which recognizes individual, community, government, and corporate leaders who are helping to improve access to care and treatments for people living with HIV. (ADAP stands for AIDS Drug Assistance Programs). She’s published thousands of videos on YouTube, and also stays active on social media.

“So many individuals that are diagnosed can’t get past the stigma and then stigmatize themselves,” says Conner. “But our diagnosis should not stop us from living a full life just like anybody else. I want to everyone to know, especially women diagnosed with HIV, that life is not over for any of us. I want them to know that as long as we change how we see ourselves we will feel better about who we are.”

Have you been affected by HIV or another health condition? Sign up to share your experiences with Health Stories Project!

One response to “Positive Living with HIV: How Davina “Dee” Conner Became a Patient Advocate”