You Are Not Your Thoughts: Learning to Live with Obsessive-Compulsive Disorder

When most people think a negative “what if” thought, it passes quickly without leaving a lasting impression. But for people with Obsessive-Compulsive Disorder (OCD), that thought can manifest into an obsession and they’re often left living in constant fear that something terrible will happen. 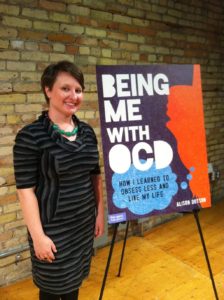 “Your brain is a sponge,” says Ob, who was diagnosed with OCD 10 years ago. “You read one thing about a kidnapping or see a news story and instead of saying ‘that’s so terrible for that person,’ you start to internalize it and think: ‘Could I kidnap someone? Am I that terrible person?’ You can’t shake it.”

For Alison, 36, obsessive thoughts first began to manifest when she was about 7 or 8 years old. Like many people with OCD, Alison was a highly suggestible child. If she read a book or watched a TV show where a character was diagnosed with a rare, incurable disease, she would begin to ruminate that she, too, would probably be diagnosed with the same disease. She also had an unshakeable fear that her family’s home would catch fire at any moment: She would survive the fire, but be badly burned and have to deal with scarring and surgeries.

There were a few years where the mental noise stopped, but the compulsive thoughts began again during her pre-teen years. This time, she began obsessing that she was homosexual. Although she was pretty sure she was interested in boys, she couldn’t stop wondering if she might be gay. Later, as an older teenager and throughout her time studying at Concordia College, a Lutheran school, she was constantly questioning Christianity and the bible. These thoughts seemed to Alison to be a part of growing up, and the thought that she had OCD never crossed her mind.

After graduation, Alison moved from Minnesota to San Diego for a short time before succumbing to anxiety and homesickness. She stopped attending church and was no longer going to a Christian school or living in a religious home, she says, so her religious obsessions subsided (just as her obsessions about being gay stopped when she reached a point in her life where she accepted that it was OK to be gay). But a new obsession took over that would last for at least six years—the fear that she might be a pedophile. In an effort to ward off those thoughts she’d remind herself over and over that she was attracted to adults, not children. The unintended effect was the fear that she might be attracted to any adult, including her own family members. She couldn’t sit too close to them without worrying she’d touch them. Even going to public places became off limits if she thought there might be children there.

“We’re sponges for the things that are worst to us. To me, I had always thought I was going to be a mom, so the worst thing imaginable for me was that I could do something terrible to a kid,” says Alison. “Someone who is really religious might worry that in church they’ll shout out a swear word or say something against God.”

When someone has obsessions, a compulsion they sometimes experience is avoidance. Instead of actively doing something to ward off the obsession, they’ll avoid situations that could be triggers. “Soon, nothing makes you feel good and everything is a trigger,” says Alison.

She began to distance herself from friends and family, suffering in silence, becoming depressed, and not understanding why she was thinking all of these things that she knew were wrong. At the age of 26, after having these types of symptoms for almost 20 years and finding herself contemplating suicide, she realized she needed to get help. She emailed a friend who had studied psychology, explaining how she had been dwelling on and obsessing over things, asking for advice about going on antidepressant medication.

“She emailed me back later and said, ‘I’m not saying you have OCD, but Paxil is one of the medications people go on for that,’” she recalls.

That’s when she began researching OCD and realized that there was more to the disorder than she realized. Her physician prescribed her Paxil and she made an appointment with a psychologist specializing in OCD, where she got the official diagnosis.

[tweet_box design=”default”]“If you have OCD, one of the most important things is to know you’re not alone.” – Alison, #OCD[/tweet_box]

When many people think of OCD, they picture stereotypical behaviors like compulsive hand washing, checking to make sure the stove is off, or counting rituals. But OCD can be very different for each person, and people are less aware of the mental compulsions Alison experienced.

Case in point: after Alison’s diagnosis, a friend told her he didn’t think she could possibly have OCD because her apartment wasn’t clean enough. The misconception that having OCD means you’re really organized or like to clean can leave those suffering with mental compulsions feeling misunderstood, says Alison. What is also painful for her to hear is people saying “I’m so OCD” when what they really mean is they’re very particular about something.

“It’s helpful when you replace ‘OCD’ with any other disease,” she says. “OCD is not an adjective. You wouldn’t say ‘oh yeah, I’m so cancer’ about something. If people stepped back and realized they were making fun of a disorder, maybe they wouldn’t say it anymore.”

If you feel you resonate with the symptoms of OCD, and want to take action on tackling your mental illness, there are many facilities that offer help.

From Isolation to Advocacy

Learning about the causes of bad thoughts and why they spiral out of control, and realizing that many people experience this helped her realize she wasn’t alone.

“OCD can be so isolating, so that was a huge thing for me. It took some weight off my shoulders and helped me deal with the obsessions,” she says. “I started seeing them as something other than me instead of something that defined me.” 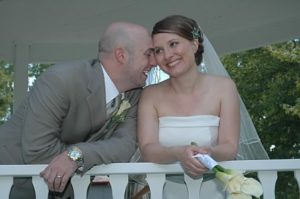 She taught herself some of the practices of Exposure and Response Prevention (ERP) therapy and read many books about OCD, adopting the coping techniques that spoke to her. However, all OCD sufferers will find their own way to cope eventually. What works for one person, will not necessarily work for someone else. Whatever helps you to live with this disorder happily, is the treatment you should use. Now Alison has found her coping mechanism and when an obsession begins to surface, she reminds herself that her brain is wired differently, even on medication, and that it’s not her fault.

“I take a deep breath and tell myself that everyone has bad thoughts and everyone thinks weird things, but the difference is I have OCD so I dwell on it, while someone else can just brush right past it,” she says. “That’s helped me a lot over the years.”

One of the things Alison attributes to helping improve her symptoms was journaling about her experience, and eventually publishing her memoir/self-help book, Being Me with OCD: How I Learned to Obsess Less and Live My Life, in 2014.

Today, Alison is happily married and lives in Minneapolis, Minnesota with her husband and two rescue dogs. When she isn’t working as a copy editor at a marketing agency, she spends her time writing and reading, watching Netflix with her husband, and playing with her dogs. She also blogs for the International OCD Foundation and is the president of the organization’s Twin Cities chapter, leading panels, book clubs, and helping to create a sense of community for people with OCD.

“If you have OCD, one of the most important things is to know you’re not alone,” says Alison. “Even if you have taboo thoughts, there is definitely someone out there who has had the same kind of obsession.”

Have you been affected by OCD or another health condition? Sign up to share your experiences with Health Stories Project!

Kristen loves to help people share their experiences through writing, interviewing, and connecting. With a background in health journalism and a master's degree in Health Communication from Northwestern University, she's passionate about empowering people to share their voice and live healthy, happy lives.
View all posts by Kristen Domonell →

One response to “You Are Not Your Thoughts: Learning to Live with Obsessive-Compulsive Disorder”